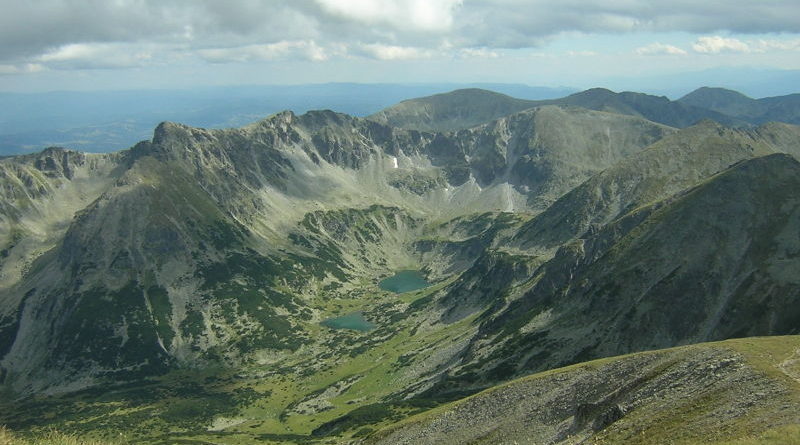 The Forest of Dadia near Soufli also called the “Land of Raptors”, is one of the most significant natural habitats in the European Union. During the last 20 years, 36 of the 38 European species of raptors have been observed in the forest. Soufli is home to a silk production factory and you will find two very interesting silk museums in the small, traditional town close to the border of Turkey.

Soufli is a city in the Evros regional unit, Greece, notable for the silk industry that flourished there in the 19th century. The town stands on the eastern slope of the twin hill of Prophet Elias, one of the easternmost spurs on the Rhodope Mountains. It is situated in the center of the Evros regional unit, 65 km north of Alexandroupoli and 50 km southwest of Orestiada, on Greek National Road 51/E85 which links Alexandroupoli with Edirne and the Bulgarian border at Ormenio. The town center is only 500 m from the Evros River. Soufli is the seat of the municipality of Soufli.
Archaeological finds and tombs discovered in the area confirm that a settlement stood on the site during the Hellenistic period.

Where is Soufli Thrace?

The older Silk Museum in Soufli is housed in the Kourtidis Mansion (1883) and was set up in 1990. The purpose of the permanent exhibition housed on the ground floor of the Kourtidis Mansion is to show the pre-industrial techniques by which silkworms were bred (sericulture) and silk was woven. It also deals with the socio-economic significance of these activities for Soufli and the surrounding area. The exhibition is arranged as four units with 46 separate sets of exhibits of two -dimensional documentation and information material (texts, photographs, drawings, maps) and items traditionally associated with sericulture and silk-weaving.

A more recent addition to the silk museums in Soufli is the Art of Silk Museum belonging to the Tsiakiris Family Silkmills. Opened in September 2008 in a renovated Neoclassical building (1886) on the main thoroughfare of the town, it displays the full sequence of sericulture (with live silkworms on show most of the year) and shows the more industrial side of silk manufacture and weaving incorporating fully functional machinery and exhibits from the Tsiakiri factory and videos of the various stages and methods of production. It features both live and electronically assisted guided tours (available in several languages).

Natural treasures on the borderline

Evros is one of Greece’s largest prefectures. Evros is also very rich in biodiversity, which results from its geographical position adjacent to the forested eastern ends of the Rhodope mountain range, the small population density, and the little human impact.

Dadia Forest – the Land of Raptors

The Forest of Dadia-Lefkimi-Soufli, the “Land of Raptors”, is one of the most significant natural habitats in the European Union. During the last 20 years, 36 of the 38 European species of raptors have been observed, since its rich forest cover is often interrupted by openings, small pastures, and farmlands. One of these bird species, the Black Vulture (Aegypius monachus), is the flagship species of the area since Dadia hosts its last remaining breeding colony in Greece and in the entire Balkan peninsula.

In 2001, the forest was designated a National Park and is definitely one of the best-managed Greek protected areas, thanks to WWF Greece’s long conservation presence. The National Park also includes two municipalities (Soufli and Tychero) with a total population of 11,000 inhabitants, who are primarily occupied with animal breeding, farming, wood-cutting, and nature tourism.

Maritsa or Evros – running solely in the Balkans

Maritsa or Evros is, with a length of 480 km, the longest river that runs solely in the interior of the Balkans. It has its origin in the Rila Mountains in Western Bulgaria, flowing southeast between the Balkan and Rhodope Mountains, past Plovdiv and Parvomay (where the Mechka & Kayaliyka River joins it) to Edirne in Turkey. A small section of the northern branch of the river runs entirely in Turkey; it was handed to Turkey in order to prevent the town of Edirne from facing a Greek bank. The rest of the river to the sea flows along the border, near Kastanies, from where it turns south to enter the Aegean Sea near Enez, where it forms a delta. The lower course of the Maritsa/Evros forms part of the Bulgarian-Greek border and most of the Greek-Turkish border. The upper Maritsa valley is a principal east-west route in Bulgaria. The unnavigable river is used for power production and irrigation.

The Evros Delta is one of the most significant Greek wetlands for migration and wintering. This is due to a combination of its natural characteristics with its geographic position. Parts of the Evros Delta have been designated as National Park, Site of Community Importance, Special Protection Area, and Wetland of International Importance under the Ramsar Convention.
The area hosts a variety of deltaic habitats, significant pastures, natural fish nurseries, breeding bird populations, and many relatively inapproachable areas. Farming, animal breeding, professional and amateur fishing, environmental awareness, nature tourism along with conservation research and management are the main activities occurring in the area.
However, serious problems of mismanagement, illegal land use, and illegal activities (such as illegal hunting) are the main threats to the conservation status of this unique ecosystem. 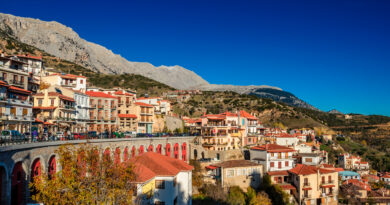 Arachova – Winter Weekender’s Favourite on the Slopes of M. Parnassos 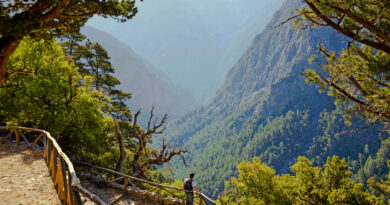 Mountaineering or Canyoning to Astonishing Gorges and Incredible Peaks