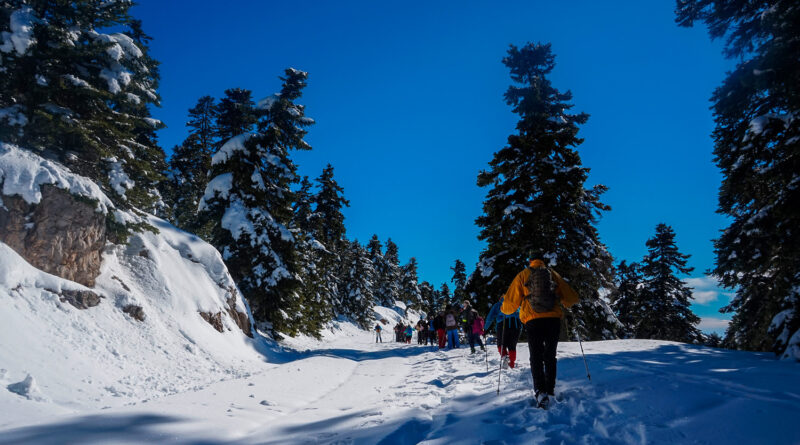 According to Greek mythology, Mount Parnassos was sacred to the god Apollo and the Corycian nymphs. It was also the home of the Muses.

Where is Mt Parnassos in Greece?

The Villages of Mount Parnassos

The Mountain of Poetry, Literature, and Learning

Mount Parnassos, or Parnassus, is a mountain of limestone in central Greece that towers above Delphi, north of the Gulf of Corinth, and offers scenic views of the surrounding olive groves and countryside. It is also home to the most important ski resort in Greece.

Every year in the coldest season the mythical slopes of this evergreen mountain are covered in snow. And since Mt Parnassos is situated close to Athens many ski lovers head for the ski resort for the weekend. Mt Parnassos is one of the tallest mountains in Greece and its mythical mountain slopes are weighed by history and tradition.

Where is Mt Parnassos in Greece?

The villages of Mount Parnassos

Mount Parnassos is a gorgeous travel destination both in the cold as well as the hot season. Here you will enjoy the Greek hospitality and get lost in a landscape most of all reminding you of the Alpes.
Especially one town has won everyone’s heart. It is sometimes called the “Snow Queen” or “The balcony of Parnassos”. It is the famous village of Arachova, built over 5 hills at an altitude of 1,000 meters, just 160 km from Athens. This is where the Greek jet set and international celebrities spend their winter weekends and holidays. So if you are into the cosmopolitan kind of holiday, you will love Arachova with its nightlife and top notch hotels and chalets. If you are more for relaxing at your fireplace after skiing all day there are several other villages on the slopes of Mt Parnassos, more quiet but just as picturesque as Arachova.

With your days full of action around the mountain it will feel just perfect returning to your own traditional guest house or chalet before heading for the taverna to enjoy the delicious local dishes by the fireplace.

Today, the slopes of Mount Parnassos are the location of two ski centres. The Parnassos Ski Center is composed of two sections, Kellaria and Fterolakka, which together make up the largest ski centre in Greece. A smaller ski centre (only 2 drag lifts) called Gerontovrahos is across a ridge from Kellaria. Mt Parnassos is mined for its abundant supply of bauxite which is converted to aluminium oxide and then to aluminium.
The construction of the ski resort started in 1975 and was completed in 1976, when the first two drag lifts operated in Fterolaka. Today the ski centre operates with 14 lifts, a 4-seater cable car, a 4-seater high-speed chair lift, four 3-seaters, one 2-seater chair lift and 6 drag lifts, with a maximum capacity of about 5000 people per hour. The ski centre boasts 25 marked ski runs and about 12 ski routes of 30 km total length while the longest run is 4 km.

Mount Parnassos is named after Parnassos, the son of the nymph Kleodora and the man Kleopompus. A city, of which Parnassos was leader, was flooded by torrential rains. The citizens ran from the flood, following wolves’ howling, up the mountain slope. There the survivors built another city, and called it Lykoreia, which in Greek means “the howling of the wolves.” While Orpheus was living with his mother and his eight beautiful aunts on Parnassus, he met Apollo who was courting the laughing muse Thalia. Apollo became fond of Orpheus and gave him a little golden lyre and taught him to play it. Orpheus’s mother taught him to make verses for singing. As the Oracle of Delphi was sacred to the god Apollo, so did the mountain itself become associated with Apollo. According to some traditions, Parnassos was the site of the fountain Castalia and the home of the Muses; according to other traditions, that honour fell to Mount Helicon, another mountain in the same range. As the home of the Muses, Parnassos became known as the home of poetry, music, and learning.
Parnassos was also the site of several unrelated minor events in Greek mythology, like the myth that Parnassus was the home of Pegasus, the winged horse of Bellerophon.

The mountain of poetry, literature, and learning

The name “Parnassus” in literature typically refers to its distinction as the home of poetry, literature, and learning; the Montparnasse area in Paris, France, for example, bears its name from the many literature students who recited poetry in the streets, and as a result it was nicknamed Montparnasse. 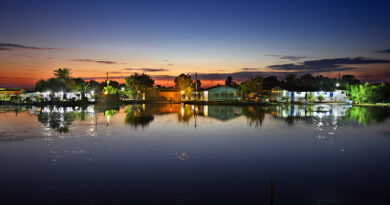 Messolonghi – Between Rivers with Houses in the Swamplands 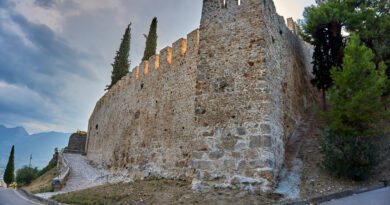 Vonitsa – Amidst the Magic Wetland of the Ambracian Gulf