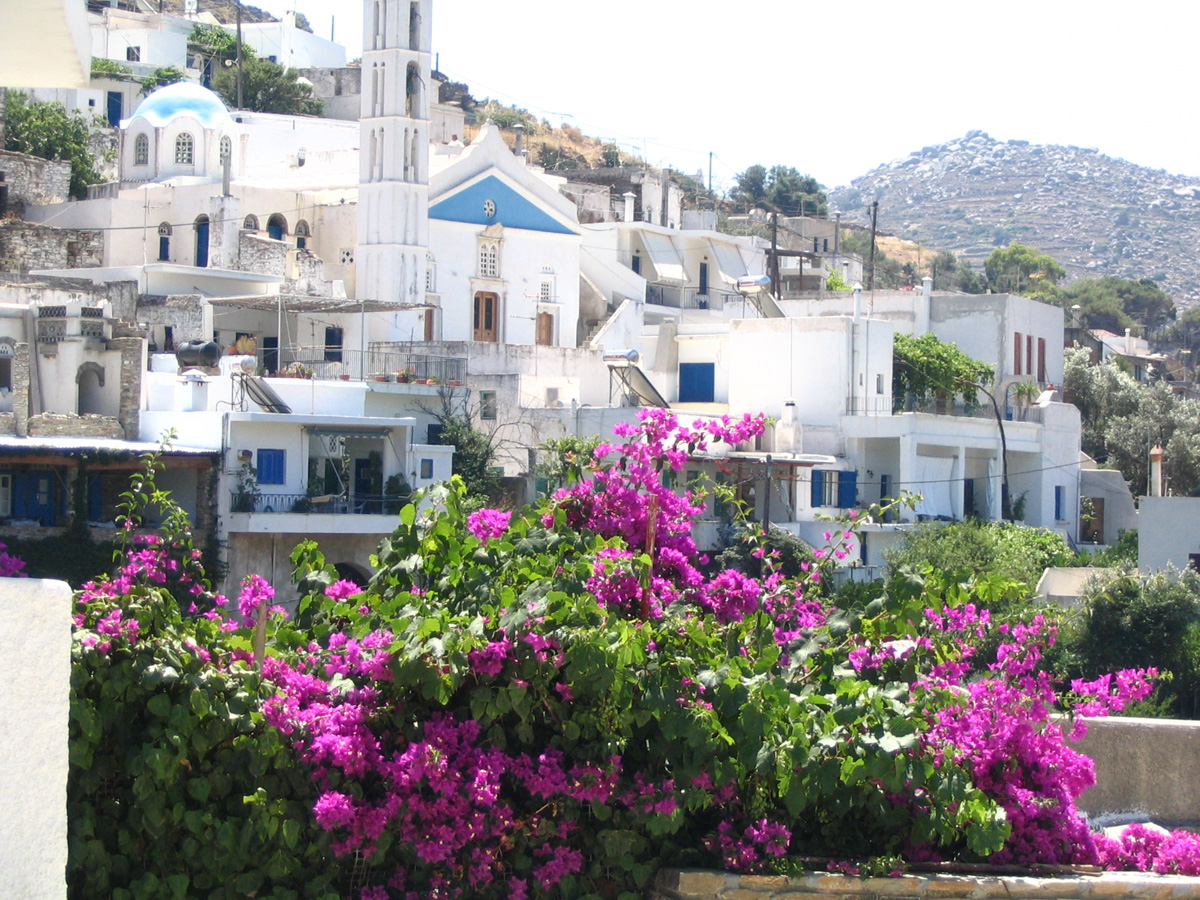 Tinos  is located in the Cyclades archipelago. In antiquity, Tinos was also known as Ophiussa (ophis, Greek for snake) and Hydroessa (hydor, Greek for water). Nearby islands are Andros, Delos, and Mykonos. It has a land area of about 194 km² and a population of nearly 8,600 inhabitants. 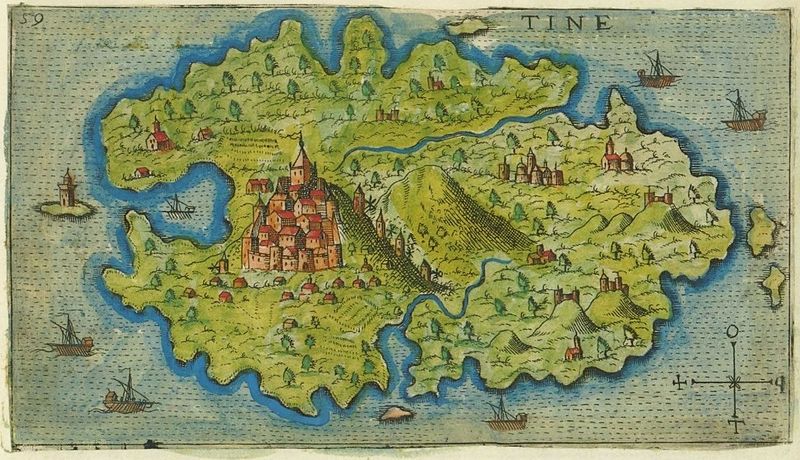 Tinos is special amongst Greeks for the Church of Panagia Evangelistria, its 80 or so windmills, about 1000 artistic dovecotes, 50 active villages and its Venetian fortifications at the mountain of Exobourgo. On Tinos, both Greek Orthodox and Roman Catholic populations co-exist, and the island is also reputed for its famous sculptors and painters, such as Nicholaos Gysis and Yannoulis Chalepas. In Pyrgos you will find the museum of Chalepas which is housed in the same building where the famous sculptor was born and where he lived his last years. Many of his works are displayed in this museum as well as some of his personal belongings. The village of Pyrgos has a long tradition in sculpture, and today it houses a marble sculpture school. Every year Tinos is the center of a pilgrimage that takes place on the date of the Dormition of Virgin Mary (August 15). This is perhaps the most notable and still active yearly pilgrimage in the region of the eastern Mediterranean. Many pilgrims take the 800 metres from the ferry wharf to the church on their hands and knees as a sign of devotion. The church of Panagia Evangelistria holds a reputedly miraculous icon of Virgin Mary.

Tinos has a varied landscape.  Tsiknias is the highest mountain on the island with its 750 m, here you will find the picturesque village of Livada. The mountain of Exobourgo is quite distinct, and unlike its more rounded Cycladic neighbors, it has a more wild, rugged appearance that reminds more of the Alps.

Everywhere on Tinos you will experience that the islanders have made the most incredible things out of stone. The hills are all terraced with stone walls; every little village is connected to its most proximate neighbors by stone walkways set between a parallel set of stone walls, which today give an obvious opportunity for hikers to tour around the island.

From the shores of Panormos and Kolimbithra on the northern coast to Kionia (3 km northwest of Chora), Agios Fokas (2 km from Chora), and Agios Sostis (5 km from Chora) on the southern shore, Tinos has many beaches. 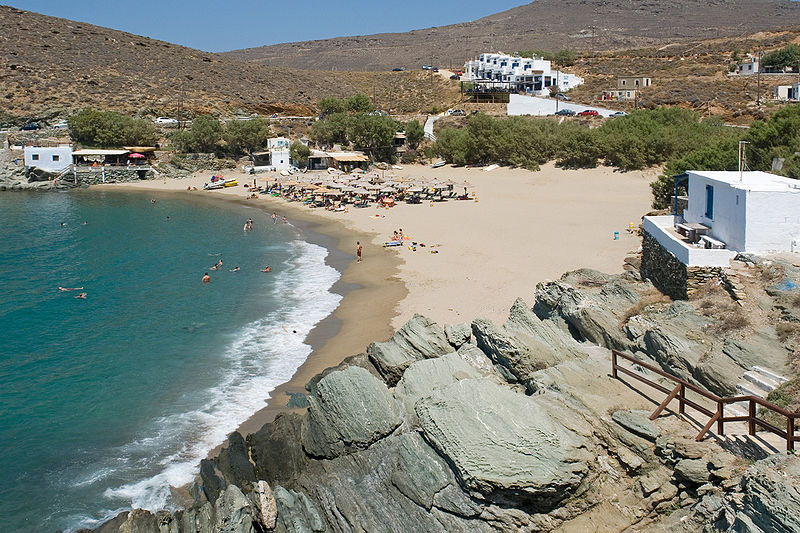 Hiking: Tinos is, with its many stone walkways connecting the villages and different locations, a perfect choice for hikers. It offers breathtaking views from its rugged hills and mountains as well as opportunity to see the characteristic, artistic dovecotes that are to be found everywhere on the island as well as the many old windmills. Scuba diving: Paesino Diving Center was founded in 2008, so it represents a novelty for the island of Tinos. The purpose of the centre is to give an opportunity to sea lovers, as well as to those who want to try something different, to be acquainted with the underwater world of beautiful Tinos. This photo of Crossroads Inn Traditional Lodgings is courtesy of TripAdvisor This photo of Tinos habor is courtesy of TripAdvisor 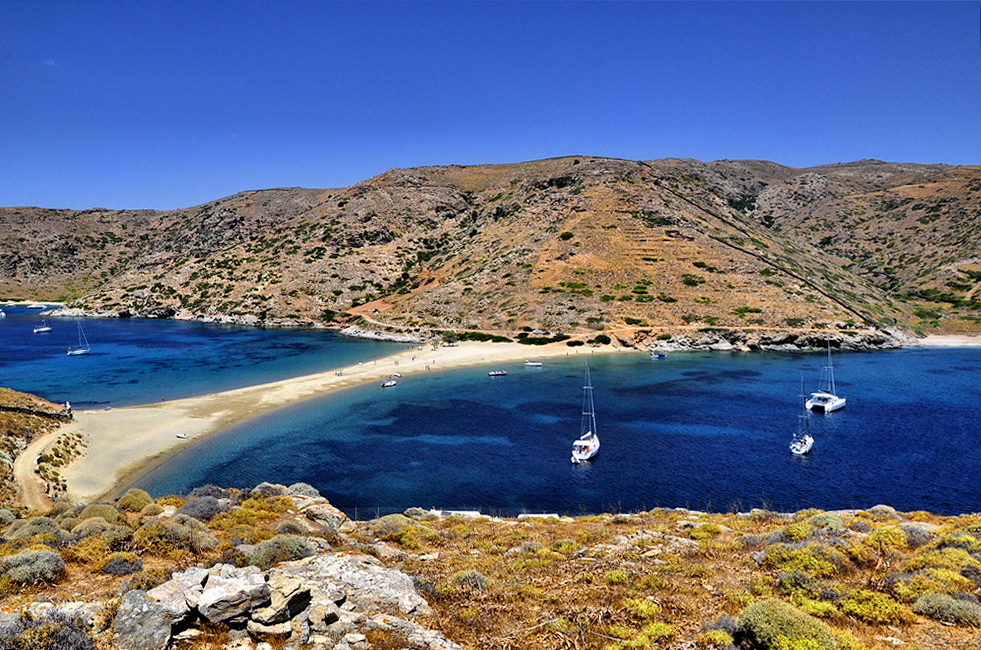 Touring in the Cyclades islands: Delos 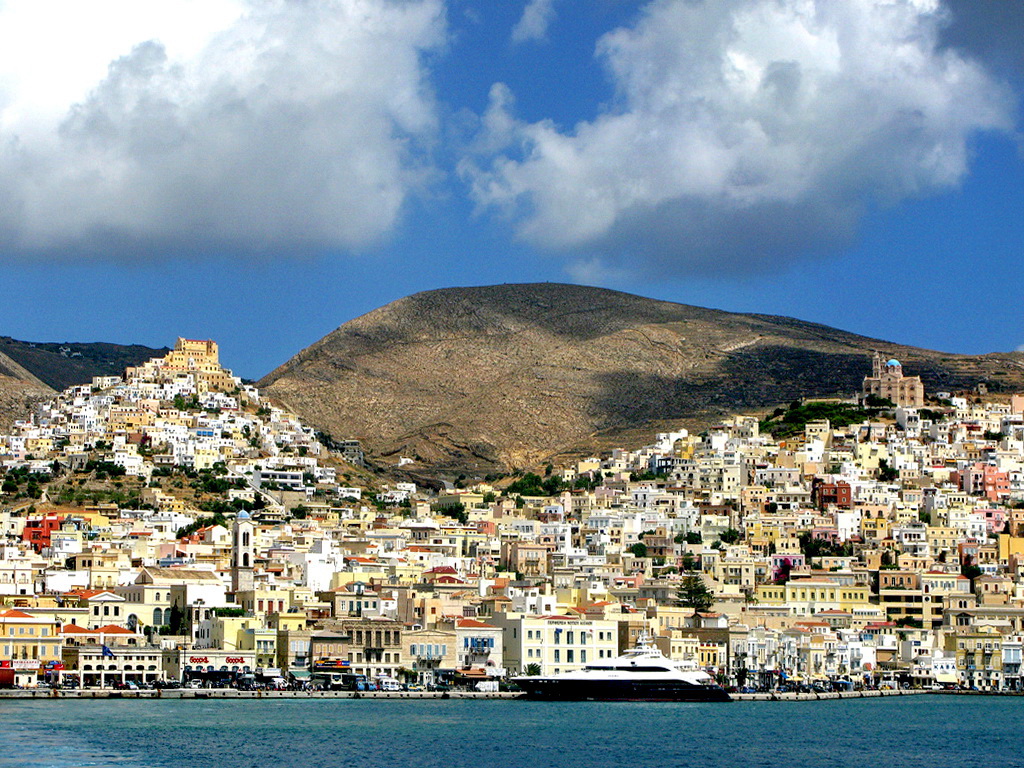