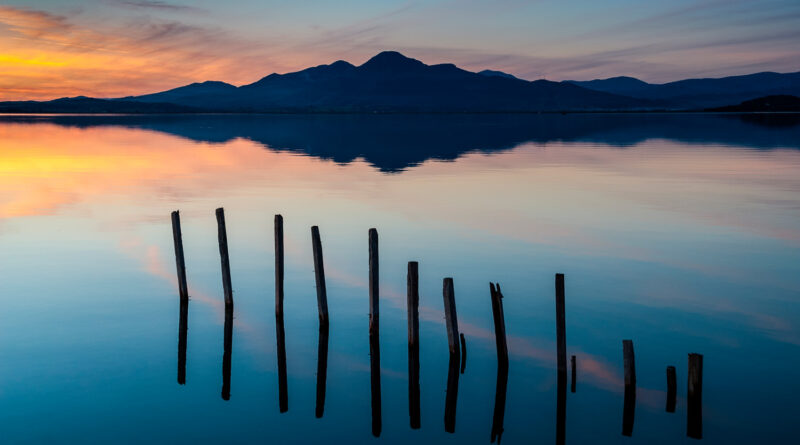 The true face of Preveza is coloured by its residents, who are warm, welcoming people willing to open their homes and their hearts, to show each traveler their town as only they know it. It is a town with such contradictory features, like the waters surrounding it.

Where is Preveza City?

Map of Preveza City in Epirus

How to get to Preveza Greece?

What to see in Preveza Greece?

Things to do in Preveza

On one side the town touches the deep, restless and dangerous waters of the Ionian Sea and on the other the quiet, shallow waters of the Ambracian Gulf, full of rare examples of living species. Preveza is a retreat and simultaneously a base for feasting, with cobbled streets conveying everything and performing a distinctive charm, able to seduce even the most demanding traveler.

Where is Preveza City?

Preveza is a city located on the northern peninsula at the mouth of the Ambracian Gulf. It is the capital of the regional unit by the same name, which again is part of the region of Epirus. The Aktio-Preveza Tunnel – the first and so far only undersea tunnel in Greece – was completed in 2002. It connects Preveza in the north to Aktio in south of the mouth of the Ambracian Gulf. Just 7 km north of Preveza City lie the ruins of the ancient city of Nicopolis.

Map of Preveza City in Epirus

How to get to Preveza Greece?

The town of Preveza is linked with direct buses (KTEL) to other Greek cities and towns such as Igoumenitsa and Athens. There are also non-direct connections to Thessaloniki and Ioannina, although during July and August there is a daily direct bus connection to Ioannina.

What to see in Preveza Greece?

The fortress of Pantokrator, Ali Pasha period (1810), a short distance from Preveza, was built in by Ali Pasha from drawings by French engineer Yadocourt. It has pentagon shaped high walls, a rampart on the waterfront, moat without water on the north side and another ditch with water in the southern part of the castle. Today it hosts various cultural events.

Fortress of St. Andreas, Venetian (1701–1717) and Ottoman period (1810)
The castle of St. Andrew (Its Kale) is located to the north of Preveza city at the sea. It was built by the Ottomans  and was later restored by the Venetians. Ali Pasha reinforced the fort in the early 19th century and built a perimeter wall with a moat and three gates. The castle is still preserved and quite impressive with its sloping walls and exquisite geometry of angular bastions.

The fortress of St. George (Yeni Kale), in the southernmost part of the old town of Preveza was built by Ali Pasha in the early 19th century, the same period as the encirclement, perimeter, with the city moat. It consists of a sloping peripheral wall surrounding the interior courtyard. The perimeter wall was strengthened then with bastions on the north and on the south side is the entrance to the vagina Ambracian.

Ancient Kassope – 18 km from Nikopolis on the road to Igoumenitsa you will find the remains of ancient Kassope. From here you can also continue to the Nekromanteion of Ephyra, near Mesopotamos, and the seaside resort of Parga. Kassope is one of the best preserved ancient Greek cities. It was the chief settlement of the Kassopaii, a Thesprotian tribe that broke away from the rest of the Thesprotians around 400 B.C. and formed an independent state. The size of the city, the agora, two theatres and prytaneion unearthed by archeologists all indicate that it was the tribe’s cultural center. Recent excavations also show that the site was inhabited as early as the Bronze Age.

The hill of Zalongo rises to the east of the site. In 1802 the women of Souli became immortal when they danced their way over its cliffs rather than allow themselves to fall into the hands of the Turks. Towering at the edge of this historic rock is a colossal stone sculpture of the dancing women by George Zongolopoulos (1954) which commemorates their heroism. Below the hill is the 18th century Zalongo Monastery with a section of ancient polygonal wall a bit further to the west.South of this wall are the foundations of a peripteral fourth century B.C. temple, possibly dedicated to Aphrodite.

Things to do in Preveza

Traveling by kayak on the crystalline waters on the legendary Acheron River has been done for over two millennia, believed by the ancient Greeks to be the river which the souls of the dead were obliged to pass in order to reach the underworld. Thousands of travelers would make a pilgrimage to visit the oracle who could supposedly communicate with the dead. All of this took place under the surface of an ancient temple complex which was built only few metres from the riverbank. Acheron Kayak

Hiking in forests and along river banks

Close to the Acheron River you will find an interesting route which starts from the village of Glyki and takes you through forests along the riverbank and eventually through the mountains. You will pass through the Steps of Tzavelaina and continue until you reach the bridge at Despo and finish at the village of Trikastro.

You could also follow the river from its springs at Glyki and continue alongside its path. During the summer months, it will be necessary to swim across the river once or twice before reaching the “Gates of Hades” outside the village of Mesopotamos. The route is easy, without significant changes in elevation and covers a distance of 10 km. On average, it takes around 4 -5 hours to complete. You could also follow the turns of the Acheron River on a horseback.

The Ambracian (Amvrakikos) Wetlands are popular among birdwatchers. You will find flamingos, pelicans, herons among many other species. You might even be lucky to spot one of the few dophins living in the gulf.

The relatively small change in elevation and the fine quality of the path running along the river make biking easy and an enjoyable way to experience the beauty of the Acheron River for the whole family. Shade is provided by the trees lining the river and the crystal clear water of the river is a great way to refresh yourself after an exhilarating bike ride. You will find paths of different lengths. 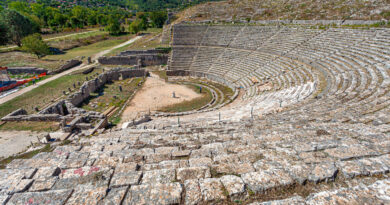 Dodona – Most prominent Oracle in the Ancient Greek World 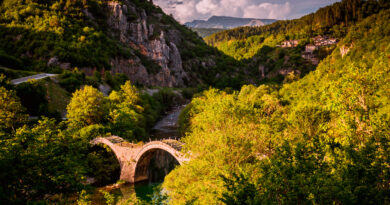 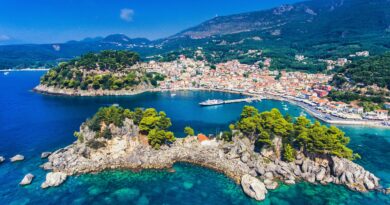