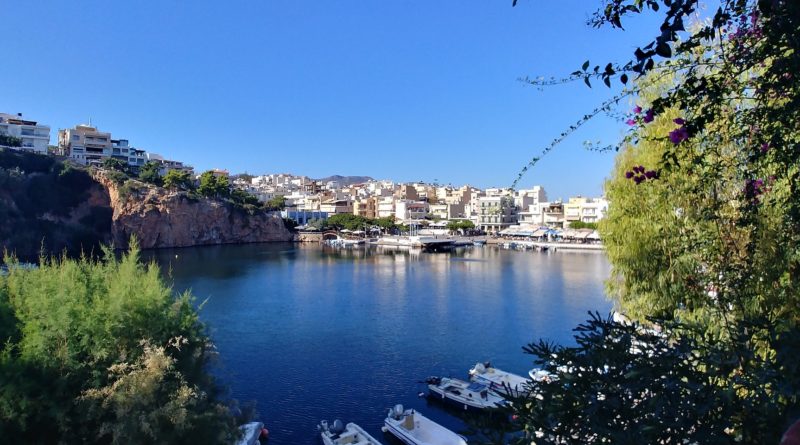 Above: Lake Voulismeni in Agios Nikolaos

Agios Nikolaos is a coastal town on the island of Crete, lying north of the town of Ierapetra and west of the town of Sitia. In the year 2000, the Municipality of Agios Nikolaos, which takes in part of the surrounding villages, claimed around 19,000 inhabitants. The town sits partially upon the ruins of the ancient city of Lato pros Kamara.

Lato pros Kamara or simply Kamara, was an ancient city of Crete. Lato pros Kamara was settled in the late Bronze Age as the population of Dorian Lato realised greater security and its expanding population settled the coastal area, which had been subject to greater likelihood of marine attack during the earlier Bronze Age.

Agios Nikolaos was settled in the late Bronze Age by Dorian occupants of Lato, at a time when the security of the Lato hillfort became a lesser concern and access to the harbour at Agios Nikolaos became sufficiently attractive.

Agios Nikolaos is probably best known as a tourist town that serves as a hub to the twenty or so small villages and farms that make up that part of Lassithi. Tourist attractions include the small lagoon Lake Voulismeni, small beaches in the town, the tiny island Agioi Pantes, the archaeological museum, the local flora exhibition “Iris” and numerous fairs. Tourism is mainly West European with Greek tourism concentrating in mid August. The lagoon features a small park with a trail, traditional fishing boats, ducks, pigeons, an amphitheatre and many cafès.

Lake Voulismeni is a former sweetwater small lake, later connected to the sea, located at the centre of the town of Agios Nikolaos. It has a circular shape of a diameter of 137 m and depth 64 m. The locals refer to it as just “the lake”. The lake connects to the harbour of the town by a channel dug in 1870. A panoramic view of the lake can be seen from a small park situated above it.

According to legend, the goddess Athena bathed in it. Every year at midnight turning to Orthodox Christian Easter day, the majority of the population of the town gathers around the lake to celebrate with fireworks, and firecrackers thrown by the people attending that highlight event.

It was reported that the German army during their withdrawal from the area at WW2, disposed parts of their weaponry and/or vehicles into the deep lake.

A local urban legend has it that the lake is bottomless. That notion is potentially based on its impressively disproportional high depth compared to its width (64m depth on only 134m width) or/and on locals noticing disturbances at the surface or also the level of the water during the Santorini earthquake of 1956. Because of the latter, many assume a possible geological relation of the two locations, but this claim has not been substantiated by known scientific surveys to date.

The Cretan cuisine is the traditional cuisine of the Mediterranean island of Crete. The core of the cuisine consists of food derived from natural sources, whereas food of animal origin was more peripheral in nature. In general, people consumed seasonal products, available in the wider local area, which underwent minimal processing or none at all. The traditional cuisine was widespread on the island until the ’60s, when with improving living standards, alimentary patterns changed towards more meat and other animal-derived produce.

Fresh and dried fruits, pulses, endemic wild herbs and aromatic plants, and rough cereals, whose cultivation was favored by the regional climate, were consumed in great amounts and constituted the base of the Cretan cuisine during that period.

Cretan Olive Oil Farm, Agios Nikolaos
The Cretan Olive Oil Farm is a place where you can explore the unknown side of Crete and its products.
You will experience the way traditional Cretan products such as olive oil, wine, raki, pottery and traditional textiles are produced in a unique environment. Come to see, taste, smell, and touch.
Sarakinou Kefali, Agios Nikolaos, Crete 72100, Greece 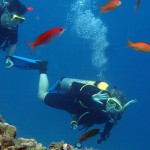 Scuba-diving: In one of the most wonderful bays of Crete you can discover a peaceful, silent underwater world. In Crete you can find many certified dive centers that provide a great variety of services and equipment. Mirabello Gulf has a wide range of marine life and many intresting diving spots. 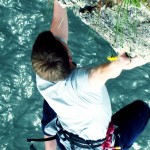 Rock climbing: Climbing field “Pezas” at Kalo Chorio with trails for all levels. The location field is ideally climbing even at the peak of the summer. Because of their position, the rocks Talos and Minos have shade all day. Arriving in the field over the beautiful landscape, you will be impressed by the steep and high cliffs around you.
Climbing at an altitude of 300 meters you will have a stunning view of Mirabello Bay. It is for all levels. At every level climbers get excellent training opportunities and countless, exquisitely crafted routes to explore.
The field can be accessed by car and the distance from the car to the bottom of each rock is less than 5 minutes walk.
Names of Rocks: 1. Talos  2. Minoas  3. Istronas  4. Panas 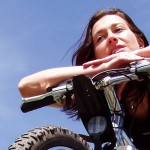 Birdwatching, bicycling or hiking: Either of these activities will give you the opportunity to find more than 6000 species of plants and flowers, all of which are thriving in Crete, and of these the 170 species are endemic to Crete.
Along the coast at the beginning of Autumn, one can spot the “Sea Lily” which is represented in Minoan and Thiraean wall paintings. In the mountains, partridges, blackbirds, badgers, weasels and hares provide company. At great heights one can spot one of the rarest species of eagle. At Almyros Beach, turtles, herons, eels and waterfowl can be observed. The preservation of this wildlife diversity is dependant upon our environmental awareness and sensitivity. 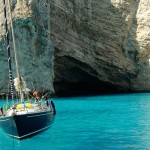 Magnificent beaches can be found on the coasts of the municipality of Aghios Nikolaos, most of them awarded the Blue Flag Status.
The coasts are full of enchanting coves and idyllic beaches with crystalline waters.
Here are the beaches inside Agios Nikolaos:
Kitroplatia, EOT, Ammos, Ammoudi, Havania

The town is home to one of the finest archaeological museums in Crete consisting of eight rooms. The collection contains recent finds, mostly from eastern Crete. The finds are in chronological order beginning with the Neolithic era, Minoan remains, and ending with Greco-Roman finds. One of the museum’s most famous exhibits is the Goddess of Mirtos. This libation vessel is in the form of a female figure and was discovered at the Bronze Age settlement at Fournos, near Mirtos.

Folklore Museum of Aghios Nikolaos
The more recent past of Crete is presented to the visitor at the Folklore Museum of Agios Nikolaos. It is housed on the ground floor of the Port Authority building, one of the oldest buildings in town, which is located by the lake.
There are many displays of traditional Cretan handcrafts, unique to the region such as textiles, woven goods and embroidery of intricate detail and imaginative designs. 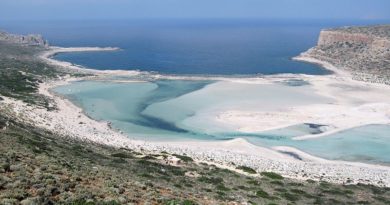 Travel to the Gramvousa Islands in Crete 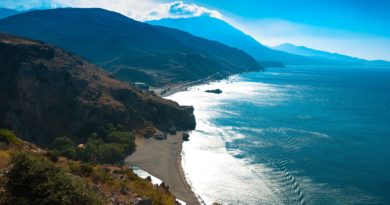 Travel to Preveli Beach and Plakias