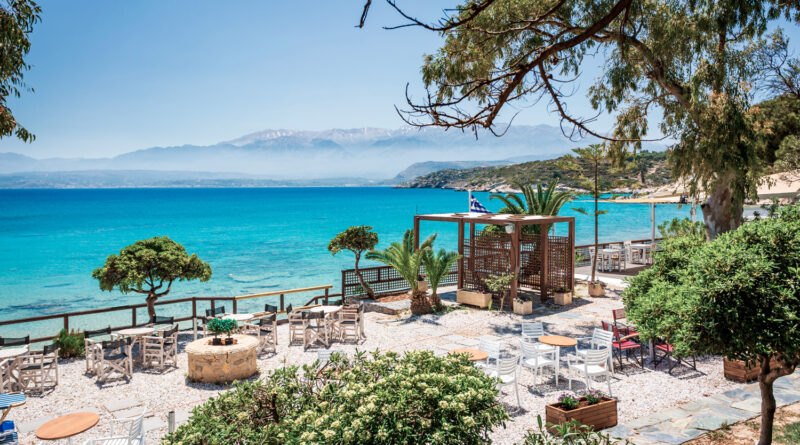 Just a short drive from Chania you find the peninsula of Akrotiri with some of the best beaches in the region and several interesting monasteries. Akrotiri is perfect for spending a day exploring the main monasteries and some of the beaches.

Where is Akrotiri in Crete?

Akrotiri is a rocky cape on the northern side of Crete island, in the Sea of Crete. It is roughly circular in shape, connected to the rest of the island by a wide causeway between Chania and the town of Souda. To the south, Souda Bay is found between the peninsula and the island. Most of the peninsula is a plateau somewhat elevated from the sea. There is a string of hills along the northern coast. Akrotiri is part of the municipality of Chania.

The ancient name of Akrotiri was Kiamon while the Byzantines called it Charaka. The seat of Akrotiri municipality was Pythari. The earliest history of the local area is related to the founding of the nearby ancient city of Kydonia, one of the most powerful cities of ancient Crete.

Aptera – an ancient site from 14th-13th centuries BC

Aptera is a site a kilometer inland from the southern shore of Souda Bay, about 13 kilometers east of Chania in the municipality of Akrotiri. It is mentioned (A-pa-ta-wa) in Linear B tablets from the 14th-13th centuries BC. With its highly fortunate geographical situation, the city-state was powerful from Minoan through Hellenistic times, when it gradually declined. It was destroyed by earthquake during the 7th century. By the 12th century, a monastery of St. John Theologos had been built on the site; it continued in operation until 1964. The hilltop, about 150 meters above the sea, gives views of Souda Bay and the Akrotiri Peninsula to the north, the Lefka Ori (White Mountains) to the south, and Kalives and the Turkish Itzendin Castle to the east.

The monasteries of Akrotiri

Things to do in Akrotiri Chania region

Among the 115 caves and 5 small gorges of the promontory, the small verdant gorge of Katholikou or Avlaki Agiou (‘the saint’s way’) distinguishes itself in its wild beauty. After reaching the Convent of Gouvernetou, situated at an altitude of 260 m. and a distance of 16 km from Chania, you start walking northwards on a pathway and, after 10 minutes, you meet the Cave of Panagia Arkoudiotissa, as well as the chapel of the Virgin Mary and the sanctuary of Artemis. After walking for 10 minutes downwards, you can see the monastery of Saint John the Hermit, who lived during the 14th century in the 151 m long and very nice cave that is situated in the vicinity of the chapel.
A little further downwards, after walking over an unusually big bridge, you enter the gorge. You then walk on the streambed for about half an hour and reach the coast. The sea is very clear and perfect for swimming. You can see a Venetian well, a construction where the m onks of Katholikos used to keep their small craft, and the stone portion that was cut off for the building of the Convent.

Milia is an authentic 17th century mountain settlement which has been transformed into and eco-friendly tourist complex; it seems to have sprouted from the lands of Crete. A glorious location boasting exceptional rugged beauty in the area of Kissamos. Placed among platains, chestnut trees, and mountain tops reaching the skies, the area overwhelms visitors with its unique diversity. The philosophy of “back to basics” has found true meaning here.

You will find several great beaches around the coastline of Akrotiri peninsula.

Akrotiri – how to get there?

The best way to reach Akrotiri is by renting a car, especially if you want to see several places in Akrotiri peninsula. Hiring a taxi is another option since the distances are rather small. You will find several public buses going to Stavros beach several times per day (it stops in Kalathas, as well). You might find few buses for Seitan Limania and Marathi during the summer months.

Weather and climate in Akrotiri 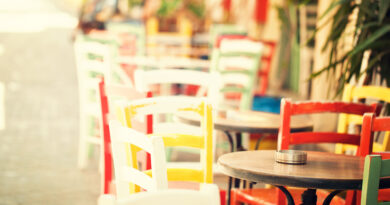 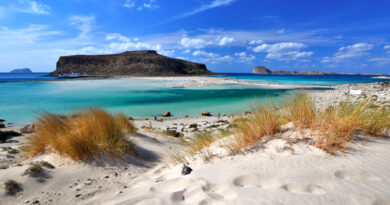