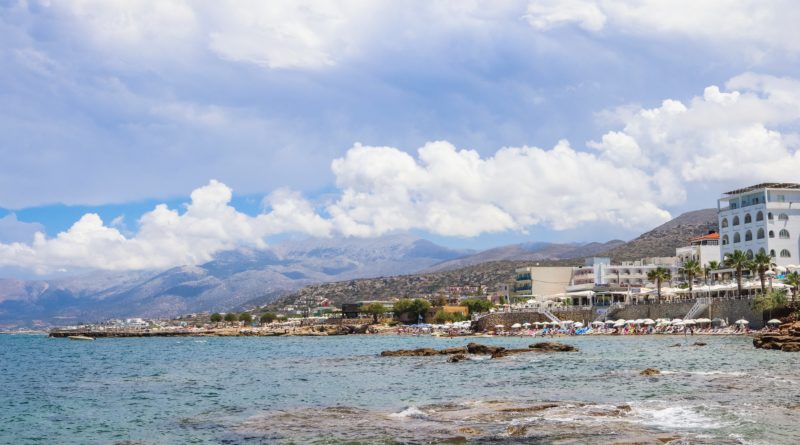 Hersonissos is oriented towards the tourism industry. The strip near the harbour is heavily themed with Dutch snackbars and Irish pubs. The clubs sit on the seafront, the most famous being New York club, Status, Havana, Camelot and Bio Bio club. On the eastern side you’ll find large hotels and the “Star Beach” with slides, bars, pools, games, bungie jump, go-karts, like a day time club. The area provides many activities for children.

The main street has souvenir shops, as well as other shops and restaurants, some near the sea. Hersonissos is excellent for finding fashion bargains and designer labels with shops on the main strip and the beach road.

There is a small aquarium called Aquaworld Aquarium, featuring local sea life and reptiles, most of which are rescued animals; many of them are comfortable with the visitors and their children and may be hold and patted.

The Lychnostatis Open Air Museum, with its recreation of a traditional Cretan village, is another interesting place not only for those with children. Nightlife is also important, and feature discos, clubs, bars and pubs. One can take a sight-seeing train that runs down the main street along the sea, and provides access to the surrounding area.

Hersonissos is well known for its beautiful beaches, but excursions to other places of Crete are organised from there as well. Like in all of Crete, the local economy is not based only on tourism, but on agriculture too. In the autumn, many people employed in the tourism sector, work with the olive harvest as well.

At the modern settlement of Hersonissos is the site of the ancient town of Chersonesos, an important seaport from Classical Greece through Byzantine times that served the city of Lyttos. The contemporary theme port is built over the remains of the Roman port. Some traces of those remains, most of them submerged, are still visible in some places. On the seaside street there is a pyramidal Roman fountain with mosaics of fishing scenes and on the top of the rocky hill behind the port stand the ruins of an early Christian basilica with floor mosaics.

The area around Hersonissos is noted for its prehistoric archaeological finds. On the coast about one kilometer to the east of Hersonissos was an ancient temple dedicated to the goddess Britomartis.

Goúves is a town in the municipality Hersonissos. Goúves town is often confused with its busy summer resort, Kátó Goúves. Besides this well developed tourist resort with long sandy beaches, the area has some traditional villages and interesting archeological sites and caves. West of Goúves are the tourist resorts of Kokkíni Háni (also spelled Háni Kokkíni) and Amnísos, both with similar attractions, and, to the East, lies Crete’s biggest resort, Hersonissos.

Goúves town is located about 20 km east of Heraklion. Kátó Goúves, just a couple of kilometres north of the village, with its long sandy beach, is the summer resort. There is a variety of accommodation, from large hotels to boarding houses and self-catering apartments, and there are many restaurants, bars, nightclubs, and shops.

Within a short distance are beautiful and picturesque villages and interesting sights, such as the monastery of Saint John “Theologos”, the Skotino and Eileithyia caves. The most important archeological sites of the area are the Minoan villas of Kokkíni Háni and Amnísos. 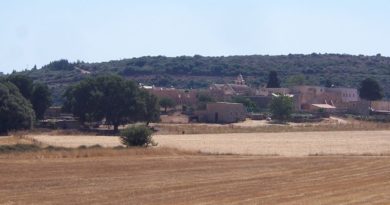 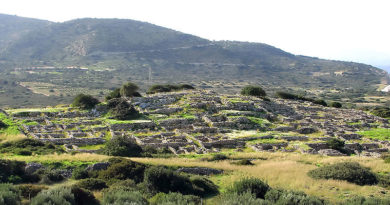 Travel to Spinalonga Island and Elounda