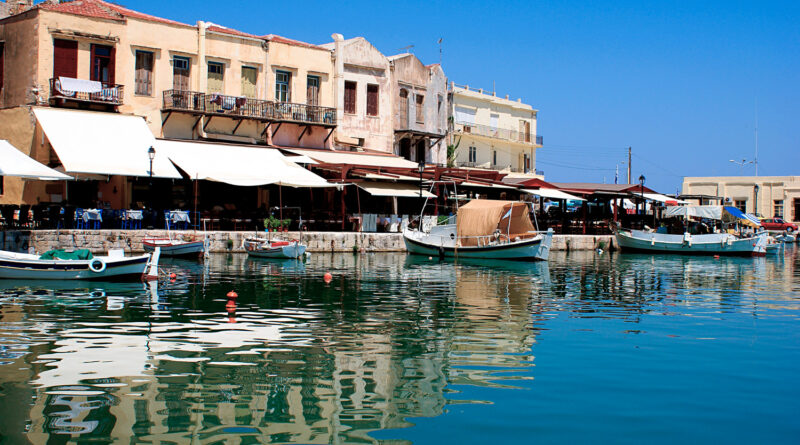 The beautiful town of Rethymno is built on top of the site of the ancient city of Rythimna. Many excavations around the old town have revealed the rich history of the area. Rethymno town is a harmonious combination of an old-time aristocratic style and a modern aspect. Visitors are always captivated by its traditional atmosphere and the rich cultural heritage.

Where is Rethymno Greece?

Rethymno, the capital of the prefecture of Rethymno is in Crete, 80 km west of Heraklion and 60 km east of Chania. Rethymno Town has around 32,000 inhabitants, many of whom are are engaged with trade and tourism. Being a university city Rethymno has a nightlife all year round.

The old town, which is built around Fortezza, the imposing Venetian fortress, has retained its elegance and unique architecture characterized by arches, Turkish fountains, and beautiful Byzantine churches. The mixture of historical styles contributes to the charm of this lovely town, like the arched doorways, the municipal gardens, the beautiful Venetian buildings, and the Hellenic and Roman remains.

What to do in Rethymno?

In the modern part of Rethymno town you will find all the tourist facilities located around the natural bay. Spend the afternoon and evening at one of the many seaside taverns and restaurants located at the busy waterfront. It is also here that you will find all kinds of accommodation and shops.
A Wine Festival is held there annually at the beginning of July. Another festival, in memory of the destruction of the Arkadi Monastery, is held on 7–8 November.

Rethymno – Where to eat?

In Rethymno Town, the places to eat and drink are many and they attract a great many visitors every night. Of course, you will find great restaurants in the nearby villages as well as in secluded beaches. Usually, the village restaurants serve traditional dishes cooked by the delicious Cretan recipes, but you will find very cozy restaurants, cafes, and bars in the Old Town of Rethymno, as well.

How to reach Rethymno?

Right in the middle of Rethymno you will find the picturesque Venetian port, which is the most romantic spot in town. Nearby ferries depart for the port of Souda and the port of Heraklion. During the summer months the narrow streets of Rethymno are buzzing with life from all the tourists arriving in town from all parts of the world.

Rethymno – Where to sleep?

You will find many luxurious hotels in the suburbs of Rethymno town and along the beach of the main town. These areas are quite convenient for excursions in northern Crete. In Bali, Gerani, Panormos, and Adelianos Kampos you will find gorgeous beaches, ideal if you are looking for lively Rethymno hotels close to the beach and with all tourist facilities.

Rethymno was built in antiquity (ancient Rhithymna and Arsinoe) but was never a competitive Minoan centre. It was, however, strong enough to mint its own coins and maintain urban growth. One of these coins is today depicted as the crest of the town with two dolphins in a circle.
This region is rich with ancient history, most notably through the Minoan civilization centered at Kydonia east of Rethymno. Rethymno itself began a period of growth when the Venetian conquerors of the island decided to put an intermediate commercial station between Heraklion and Chania, acquiring its own bishop and nobility in the process. Today’s old town (palia poli) is almost entirely built by the Venetians. It is one of the best-preserved old towns in Crete.

Rethymno Town – What to see?

Rethymno still maintains its old aristocratic appearance, with its buildings dating from the 16th century, arched doorways, stone staircases, Byzantine and Hellenic-Roman remains, the small Venetian harbour and narrow streets. The Venetian Loggia houses the information office of the Ministry of Culture.

Today Rethymno’s main income is from tourism, and many new facilities having been built in the past 30 years. Agriculture is also notable, especially for olive oil and other Mediterranean products. It is also the base of the Philosophical School and the University Library of the University of Crete and the School of Social and Political Sciences having 8.000 students on its university campus per annum at “Galos”, where the Academic Institute of Mediterranean Studies is situated.

Weather and climate in Rethymno 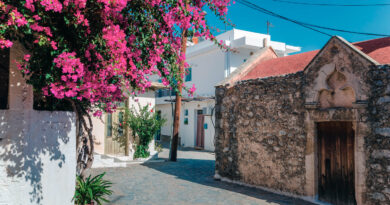