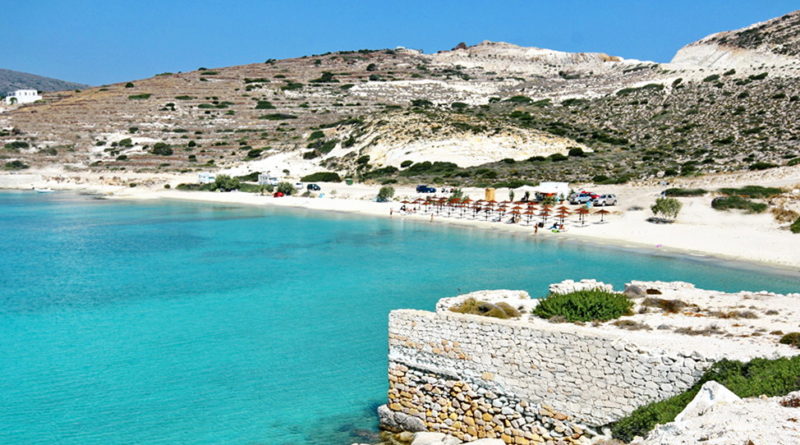 Kimolos is another beautiful island belonging to the group of Cyclades. It is located northeast of Milos, very close really. Its capital town is called Chorio Kimolou and the port is named Psathi.

It is much smaller than its bigger neighbour, Milos, only 36 km². The highest point on Kimolos is Mount Paleokastro with its 364 m.

It is considered a middle class, rural island and is not included in the tourist hotspots, and as such the ferry connection can be of a rather bad quality outside the high season. Kimolos is the administrative center of the municipality of Kimolos and includes the uninhabited islands of Polyaigos, Agios Efstathios and Agios Georgios (private island purchased by a local ship owner family).

Chorio Kimolou is the only village on Kimolos and most of the activities are concentrated around the village. Many beautiful beaches surround Chorio and a lot of tourist facilities are found in this area. Kastro is the most picturesque part of Chorio. Once surrounded by strong walls, this neighbourhood has old houses and narrow streets. (See photo above).

Kimolos belongs to the line of the Western Cyclades and it is well connected to nearby islands and Piraeus Port (Athens) with ferry boats all the year and catamaran ferry during the summer season. The route frequency varies with the season. During high season, it usually has daily connection to Piraeus and other islands. The ticket price, without special offers, costs about 25€ by ferry boat (Piraeus-Kimolos, 7 hours) and 36€ by catamaran ferry (Piraeus-Kimolos, 4 hours). Also, transport via Milos is possible, because of the frequent connection of the two islands with the local ferry boat. 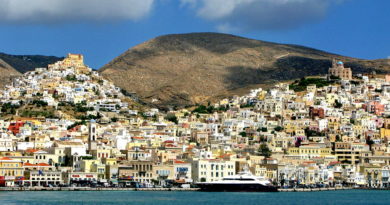 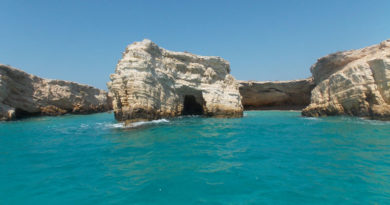