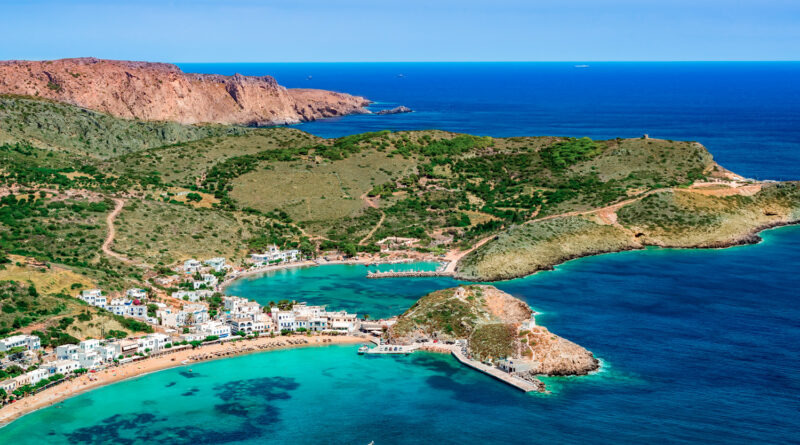 Kythira is wild and beautiful. Even though the island belongs to the Ionian islands group, it lies rather far from the other Ionian islands at the southernmost side of Peloponnese. Due to its position, it is one of the most secluded Greek islands.

The History of Kythira

The Villages of Kythira

Kythira – How to get there?

Things to see in Kythira

What to do in Kythira?

Weather and Climate in Kythira

Kythira is a wild beauty standing out for its medieval architecture, mixed between Greek, Venetian, Ottoman, and British styles. It has gorgeous natural settings and beautiful secluded beaches. One of the must-sees on the island is its Venetian castle above Chora Kythira, from here you will enjoy a spectacular view of the Aegean Sea and the southern coastline of Peloponnese. Go on adventures to the cliff-top villages, the monasteries, and the abandoned old mills. Search the island to find its many hidden beaches. Kythira is full of surprises!

The history of Kythira

For many centuries, since ancient times, and until the mid-19th century, Kythira had been a crossroads of merchants, sailors, and conquerors. Therefore, it has had a long and varied history and has been influenced by many civilizations and cultures. This is reflected in its architecture (a blend of traditional, Aegean, and Venetian elements), as well as the traditions and customs, influenced by centuries of coexistence of the Greek, Venetian, Ottoman, and British civilizations as well as its numerous visitors.

The Kythirian Straits formed by the southeastern peninsula of the Peloponnese and the islands of Elafonissos and Kythira represent one of the most dangerous navigational hazards in the Mediterranean Sea. Most sea-traffic from Athens, Istanbul, and the Black Sea to the central and western Mediterranean passes through the straits and are often subject to strong winds and shipwreck on Cape Malea.

Kythira has more than 60 villages spread on its rugged land. The rugged terrain is a result of prevailing winds from the surrounding seas which have shaped its shores into steep rocky cliffs with deep bays. The island has many beaches, of various composition and size; only half of them can be reached by road through the mountainous terrain of the island.

The villages of Kythira

Chora, capital of Kythira with a Venetian castle

In the town there are three caves, a Venetian castle, and the Monastery of Orphan Mary. The gorge where the 22 mills are found starts from a magnificent waterfall named “Fonisa”, (female killer), the only one on the island. The stream above the waterfall springs from the mountain in the middle of town, by the square, during the summer coming right out from the mountain. The mills start from the base of the waterfall and go down stream to the sea. On a cliff by the gorge, is the church, Saint Catherine, which was built into the mountain. At the end of the gorge, before the water reaches the sea, is the Monastery of Orphan Mary with its cave, the second biggest cave on the island. The gorge concludes with one of the many beautiful beaches on the island called “Kalami”, meaning reed.

Mylopotamos (meaning “mill on the river”) is one of the villages on the island of Cythera. It was named Mylopotamos because of the 22 watermills built along a small stream for grinding wheat. Today 21 of the mills are in ruins and one, the Phil’s watermill, is in working condition. Phil’s watermill belongs to the grandson of the last owner, Filippas, and it has been in the family for 350 years.

Kythira – How to get there?

Flying to Kythira: Kithira Island National Airport “Alexandros Aristotelous Onassis” receives flights from Athens all year round. The flight duration is approx. 1 hour. During the summer months you can fly in between Kythira and the Ionian islands of Corfu, Kefalonia, and Zakynthos as well.

The most popular beaches in Kythira are Agia Pelagia and Kapsali, but all beaches on the island have crystal-clear waters, surrounded by beautiful landscapes. Some, like Lykodimou, Chalkos, and Melidoni are totally secluded.

Things to see in Kythira

What to do in Kythira?

Kythira is perfect for scuba diving with a crystal-clear sea full of currents and several shipwrecks.

Kythira is perfect for hiking with many old footpaths across the island leading to old mills, tiny chapels, and secluded beaches, even to monasteries, arched stone bridges, Medieval castles, and waterfalls.

Weather and climate in Kythira

Kythira is characterized by a very humid springtime, hot summer and autumn, and a short mild winter. Spring and autumn are the best seasons to visit Kythira when the diversity of herbs and flowers is richest, and the weather is perfect. Due to its long hours of sunshine the island is great for holiday most of the year. Throughout the year strong winds are blowing in Kythira. The waters surrounding the island are clean and the beaches unspoiled. 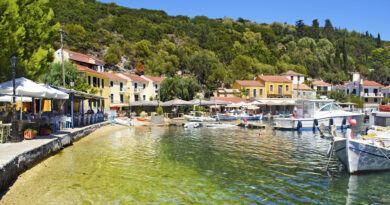 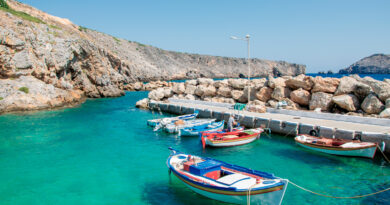 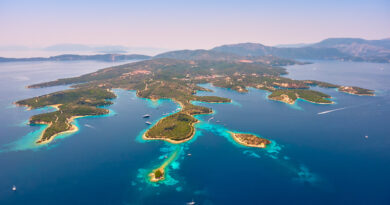