Crete is a unique place in the world. It is a combination of crystal-clear blue sea, wild and imposing mountains, deep caves, impressive precipices and beautiful beaches. Along your travel routes in Crete you will stumble upon ancient settlements from the childhood of human history as we know it. Visit the picturesque villages and enjoy the local traditions, the warm hospitality and the rich Cretan cuisine (composed mainly of meat, vegetables, legumes, virgin olive oil and fruit) – also known as the Mediterranean diet. And yes, Crete is the largest island in Greece.

Top 10 Things to do in Crete

Find all posts about Crete

When is the best time to visit Crete?

Crete is the warmest part of Greece with countless opportunities for early to late spring vacations. The island offers a wide range of activities in the spectular Cretan nature, both related to the oceans and to the wild mountains all year round from hiking, mountaineering and skiing to culture traveling.

What to see in Crete?

Crete is the largest and most populous of the Greek islands, the fifth largest island in the Mediterranean Sea. It forms a significant part of the economy and cultural heritage of Greece while retaining its own local cultural traits (such as its own dialect, poetry, and music).

Crete was the centre of the Minoan civilization (c. 2700–1420 BC), the earliest “high culture” civilization in Europe, which built the first palaces in Europe.

The geography of Crete

Do you love hiking in mountains?

Crete is very mountainous, and its character is defined by a high mountain range crossing from west to east, formed by three different groups of mountains:

These mountains gifted Crete with valleys, such as Amari valley, fertile plateaus, such as Lasithi plateau, Omalos and Nidha; caves, such as Diktaion and Idaion (the birthplace of the ancient Greek god Zeus); and a number of gorges.

Crete straddles two climatic zones, the Mediterranean and the North African, mainly falling within the former. As such, the climate in Crete is primarily temperate. The atmosphere can be quite humid, depending on the proximity to the sea, while winter is fairly mild. Snowfall is common on the mountains between November and May, but rare in the low lying areas.
The south coast, including the Mesara Plain and Asterousia Mountains, falls in the North African climatic zone, and thus enjoys significantly more sunny days and high temperatures throughout the year. There, date palms bear fruit, and swallows remain year-round rather than migrate to Africa.

Where to stay in Crete?

Today, the island’s tourism infrastructure caters to all tastes, including a very wide range of accommodation; the island’s facilities take in large luxury hotels with their complete facilities, swimming pools, sports and recreation, smaller family-owned apartments, camping facilities and others. Visitors reach the island via two international airports in Heraklion and Chania, or by boat to the main ports of Heraklion, Chania, Rethimno and Agios Nikolaos. Popular tourist attractions include the archaeological sites of the Minoan civilization, the Venetian old city and port of Chania, the Venetian castle at Rethymno, the gorge of Samaria, the islands of Chrysi, Elafonisi, Gramvousa, and Spinalonga and the Palm Beach of Vai, which is the largest natural palm forest in Europe.

How to get to Crete?

Visitors reach the island via two international airports in Heraklion and Chania and a smaller airport in Sitia (international charter and domestic flights starting May 2012) or by boat to the main ports of Heraklion, Chania, Rethimno, Agios Nikolaos and Sitia. Popular tourist attractions include the archaeological sites of the Minoan civilisation, the Venetian old city and port of Chania, the Venetian castle at Rethymno, the gorge of Samaria, the islands of Chrysi, Elafonisi, Gramvousa, and Spinalonga and the Palm Beach of Vai, which is the largest natural palm forest in Europe.

Ancient sites to visit in Crete?

Explore the gorges in Crete

Crete has quite a few gorges such as the famous gorge of Samaria, Imbros gorge, Kourtaliotiko gorge, Ha gorge, Platania gorge, the Gorge of the Dead (at Kato Zakros, Sitia) and Richtis Gorge and waterfall at Exo Mouliana in Sitia.

A large number of islands, islets, and rocks hug the coast of Crete. Many are visited by tourists, some are visited only by archaeologists and biologists. Some are environmentally protected.

What traveler type are you?

Crete has experiences for any traveler type, whether you love great Mediterrenean food, are interested in ancient history or enjoy activities in nature like hiking, mountaineering, skiing or swimming.

Find all posts about Crete 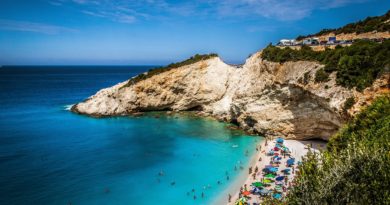 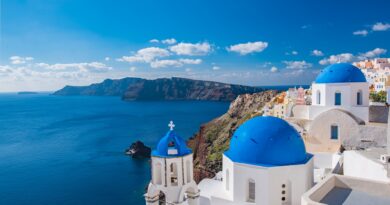 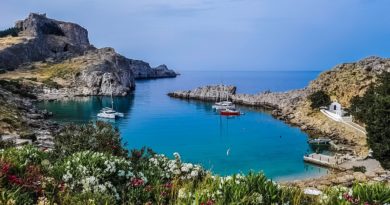