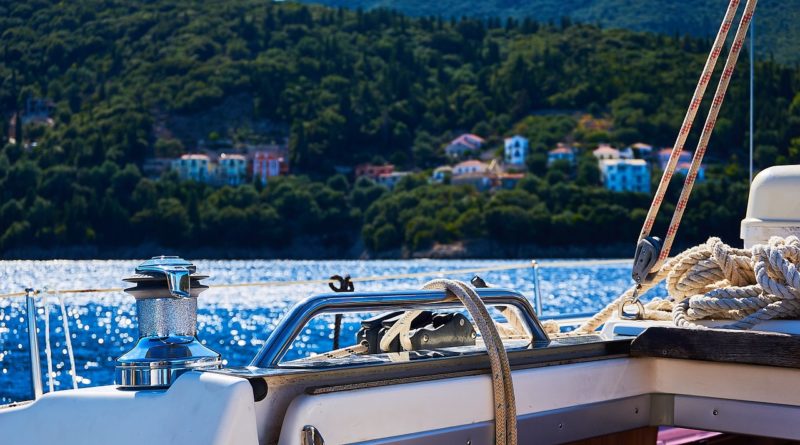 Ithaca is an island in the Ionian Sea, in Greece. It lies off the northeast coast of Kefalonia and to the west and within sight of continental Greece. The municipality of Ithaca includes some islets as well. The capital, Vathy or Ithaki, has one of the world’s largest natural harbours. Modern Ithaca is generally identified with Homer’s Ithaca, the home of Odysseus, whose delayed return to the island is one of the elements of the Odyssey’s plot. The island has been inhabited since the 2nd millennium BC. It may have been the capital of Kefalonia during the Mycenaean period, and the capital-state of the kingdom ruled by Odysseus.

The strait situated to the west of the island is called the Strait of Ithaca. There are several capes on the island including Exogi, the westernmost, Melissa to the north, Mavronos and Agios Ilias to the east, Schinous, Sarakiniko and Agios Ioannis, the easternmost to the east and Agiou Andreou, the southernmost in the south. Bays include the northwestern Afales Bay, Frikes and Kioni Bays to the northeast and Ormos Gulf and Sarakiniko Bay to the southeast. The tallest mountain is Nirito with its 806 m, the second tallest is Merovigli with 669 m.

Lazaretto Islet also called the “Island of The Saviour” guards the harbor. The church of The Saviour and the remains of an old prison are to be found on the islet.  From 1836 the islet was used as a quarantine and later, until 1912 as a prison.  In previous centuries, each port had a quarantine area or Lazaretto, where boats coming from abroad where stopped for medical examination.  In its use as a prison, imprisoned were G. Petalas in 1821, Ulysses Androutsos and other opponents of King Otto and George I.
It is currently used as a scenic location for weddings and baptisms at the Chapel of The Saviour, which was founded in 1668.

Ithaca is famous for its beautiful beaches with crystal clear waters in shades of blue and turquoise. It has an interesting, rich and variated underwater world and as such, it is perfect for scuba diving and snorkling. There are many different kinds of beaches from well organized, lively to the more quiet, secluded ones. You can drive around the island exploring them or make a tour by boat, where you’ll discover the little hidden places behind cliffs and forest.

Hiking: Ithaca is rich in hiking trails, old trails used for many centuries. Recently, the most important of them have been cleaned by the community to make them passable for hikers and walkers.There are about 20 trails of different length covering most parts of the island.

The starting points are listed in the usual maps of Ithaca and sold in stores on the island.

There are three interesting museums on Ithaca, the most important of which are the Archaeological Museums, one in Vathy and the other in Stavros. There is also the Folklore and Cultural Museum of Vathy.

Historical Museum of Vathy: Many of the findings from the ancient towns found on Ithaca are hosted in the small Archaeological Museum in Vathi, Ithaca. Excavations from Aetos, Pisaetos, Kioni, Vathi and other regions in Ithaca have revealed coins, small statues, pieces of ceramic vases, jewelry and other items of daily use. Tel: (+30) 26740 32200
Historical Museum of Stavros: This Archaeological Collection houses findings from excavations in the wider region of Stavros and the northern part of Ithaca. The building is small and has only one room. The exhibits date from the Prehistoric times (3rd millenium B.C.) till the Roman period. Tel: (+30) 26740 31219
The Folkloric Naval Museum is housed in a building that once operated as an old generating station and the exhibits testify about the life of the people of Ithaca during the colonial period. Tel: (+30) 26740 33398 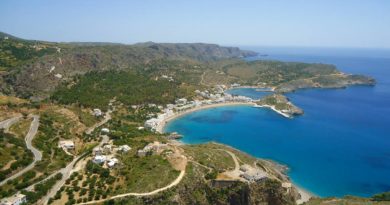 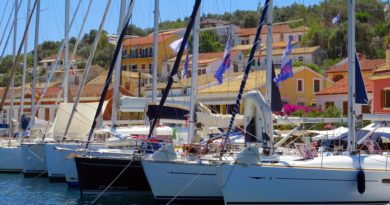 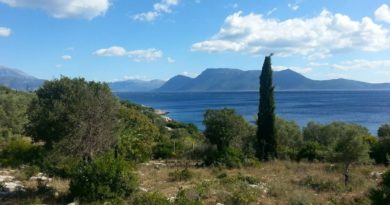