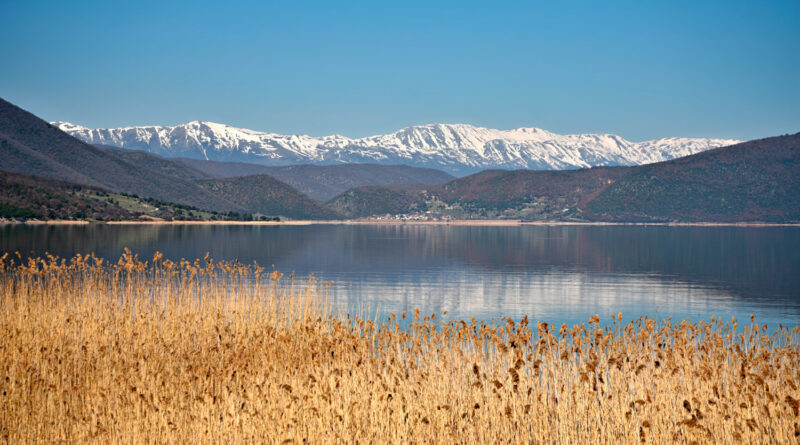 Florina is a gateway for the astonishing natural settings in the western part of Macedonia, close to the borders of North Macedonia. Nearby you find the ski slopes of Vigla-Pissoderi and the wild Prespa lakes. Hidden in a green valley, it is first a student town with a vivid social life, and good access to hiking and winter sports.

Where is Florina Greece?

West Macedonia on a map

Florina-Greece – How to get there?

Where is Florina Greece?

Florina is a town in mountainous northwestern Macedonia, Greece. Its motto is, ‘Where Greece begins’. It is also the Metropolitan seat for the region. It lies in the central part of Florina peripheral unit, of which it is the capital. The town’s population is 16,771 people (2001 census). It is in a wooded valley about 13 km south of the international border of Greece with North Macedonia.

West Macedonia on a map

It is the gateway to the Prespa Lakes and, until the modernisation of the road system, of the old town of Kastoria. It is located west of Edessa, northwest of Kozani, and northeast of Ioannina and Kastoria cities. The nearest airport is situated to the east. The mountains of Verno lie to the southwest and Varnous to the northwest.

For many years, the Greek part of the Prespa Lakes region was an underpopulated, military sensitive area which required special permission for outsiders to visit. It saw fierce fighting during the Greek Civil War and much of the local population subsequently emigrated to escape endemic poverty and political strife. The region remained little developed until the 1970s, when it began to be promoted as a tourist destination.

With an abundance of rare fauna and flora, the area was declared a Transnational Park in 2000. In 1999 the Society for the Protection of Prespa received the Ramsar Wetland Conservation Award for its conservation efforts regarding the Lake Prespa Ramsar site.
The area contains four National Parks located in Albania, Greece, and North Macedonia. The largest town in the Prespa Lakes region is Resen in Macedonia. Winters bring heavy snow and long periods of temperature below freezing point. During the hot summer months, it becomes a busy market town.

Florina is a crossroad for further travelling in the Balkans; southwest of Prespa Lakes you will find Krystallopigi, the border crossing to Albania and just 35 km to the north you will find Bitola, just across the international border to North Macedonia.
What Florina town lacks sightseeing it has in abundance of restaurants and cafés. Try the local specialties of the Prespa beans and the famous sweet red peppers, also referred to as Florina Peppers.

Florina Greece – How to get there?

If you travel by car Florina is passed by GR-2 (Lake Prespa – Edessa) and GR-3/E65 (Kozani – Florina – Niki – Bitola). The historic Via Egnatia is situated to the east. The new GR-3 superhighway runs east of Florina. 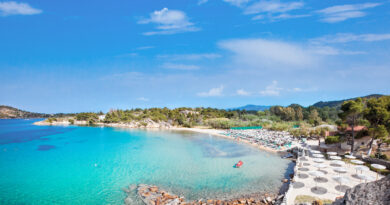 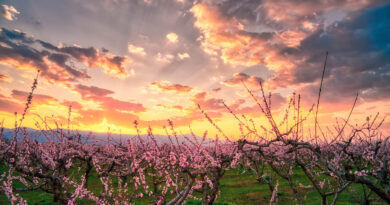 Veria – Byzantine Stronghold on the Foothills of Astonishing Mountains 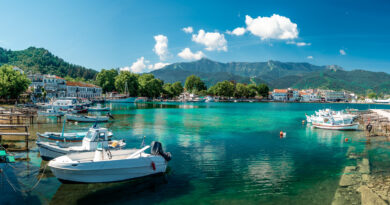