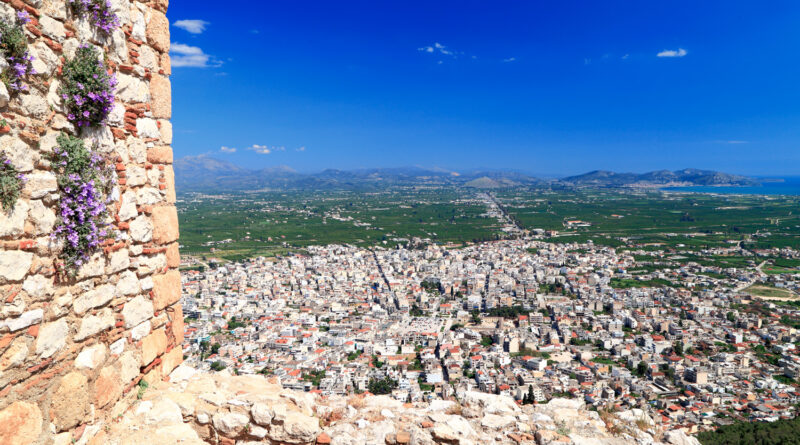 Once upon a time the great god Zeus fell madly in love with a young princess, daughter of one of the River Gods and king of Argos. Jealous Hera (the wife of Zeus) turned poor princess Io into a cow and tied her to an olive tree in the holy temple of Hera, Heraion, just outside Argos, where the 100-eyed dog, Argus Panoptes watched carefully over her and kept Zeus away.

Eventually the story ended well for the poor princess. Hermes killed the 100-eyed dog and free Io who ran away. In Egypt Zeus transformed her back into her human shape and Io bore a son and a daughter from Zeus. Later she married Telegonus, the king of Egypt, and their grandson, Danaus, later returned to Greece with his 50 daughters, named the Danaides. Many, many years afterwards, eleven generations to be exact, the legendary hero, Hercules, one of Io’s descendants was born. The descendants of Io made the royal houses of Thebes and Argos.

Where is Argos Greece?

11 km from Nafplion you will find Argos, a city situated in Argolis in Peloponnese. Nafplion was the habour of Argos in the historic days. Being a settlement of great antiquity, Argos has been continuously inhabited for the last 7,000 years, which makes it one of the oldest cities in Greece as well as Europe.

At a strategic location on the fertile plain of Argolis, Argos was a major stronghold during the Mycenaean era. In the ancient years Argos was a powerful rival of Sparta for dominance over the Peloponnese. Numerous ancient monuments can be found in the city today, the most famous of which is the Heraion of Argos, the temple in the greatest sanctuary in the Argolid, dedicated to Hera.

Back in the 12th century, a castle was built on Larissa Hill, which was the site of the ancient Acropolis. The castle was named Kastro Larissa. Argos was taken by the Crusaders and belonged to the lordship of Argos and Nauplia. It was sold to the Republic of Venice in 1388, but soon taken by the despot of Mystra Theodore I Palaiologos; he on the other hand sold it to them six years later in 1394. Then just 3 years later the Ottoman Empire plundered the city and took most of its inhabitants and sold them as slaves. The Venetians then repopulated the city and region with Albanian settlers who together with the Greeks of Argos supplied the troops of the Venetian armies.

Considerable remains of the city have survived and are a popular tourist attraction today. Agriculture, however, is the primary economic activity in the area, with citrus fruits the predominant crop. Olives are also popular here.

Argos has a railway station on the Kalamata – Tripoli – Corinth line of the Hellenic Railways Organisation. The Archaeological Museum of Argos houses ancient artifacts recovered not only from the principal archaeological sites of the city, including the theater and agora but also from Lerna.

The mythical Lake of Lerna

In ancient Greece, Lerna was a region of springs and a former lake near the east coast of Peloponnese peninsula, south of Argos. Its site near the village Mili at the Argolic Gulf is most famous as the lair of the Lernaean Hydra, the chthonic many-headed water snake, a creature Heracles killed, as the second of his labors. The strong Karstic springs have remained; the lake has vanished. Lerna is notable for several archaeological sites, including an Early Bronze Age structure known as House of the Tiles, dating to the Early Helladic period II (2500–2300 BC). 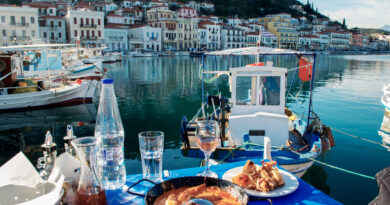 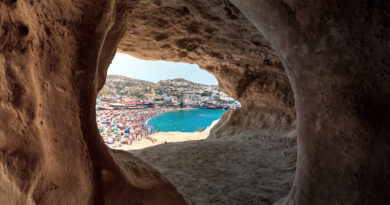