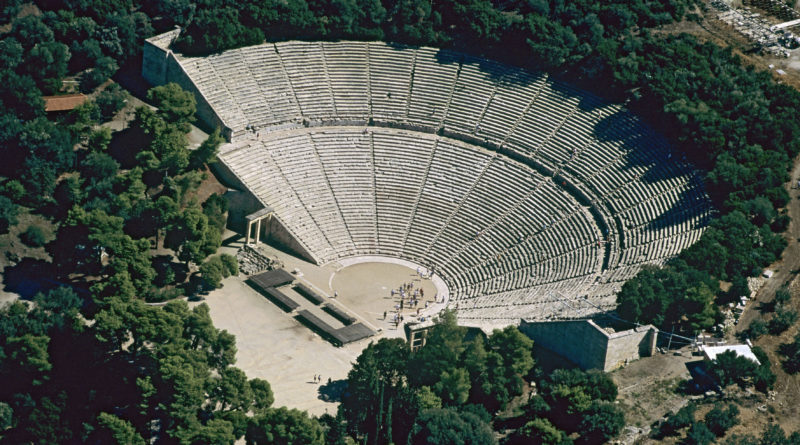 Epidaurus is most famous for its ancient theatre and Asclepius whose healing center is located just few steps from theatre. The aarchaeological site is located on the northeastern side of Peloponnese, in the region of Argolis.

Epidaurus was independent of Argos and not included in Argolis until the time of the Romans. With its supporting territory, it formed the small territory called Epidauria. Reputed to be the birthplace of Apollo’s son Asclepius, the healer, Epidaurus was known for its sanctuary situated about five miles (8 km) from the town, as well as its theatre, which is once again in use today. The cult of Asclepius at Epidaurus is attested in the 6th century BC, when the older hill-top sanctuary of Apollo Maleatas was no longer spacious enough.

Asclepius and the sanctuary of Epidaurus

The asclepieion at Epidaurus was the most celebrated healing center of the Classical world, the place where ill people went in the hope of being cured. To find out the right cure for their ailments, they spent a night in the enkoimeteria, a big sleeping hall. In their dreams, the god himself would advise them what they had to do to regain their health. Found in the sanctuary, there was a guest house for 160 guestrooms. There are also mineral springs in the vicinity which may have been used in healing.

Epidaurus is southeast of Delphi, across the peninsula from Argos.

The prosperity brought by the Asklepieion enabled Epidaurus to construct civic monuments too: the huge theatre characterized by its symmetry and beauty is used once again for dramatic performances, the ceremonial Hestiatoreion (banqueting hall), baths and a palaestra. The theater was designed by Polykleitos the Younger in the 4th century BC. The original 34 rows were extended in Roman times by another 21 rows. As is usual for Greek theatres (and as opposed to Roman ones), the view on a lush landscape behind the scene is an integral part of the theatre itself and is not to be obscured. It seats up to 15,000 people. The theatre is marveled for its exceptional acoustics, which permit almost perfect intelligibility of unamplified spoken word from the scene to all 15,000 spectators, regardless of their seating.

The Archaeological museum of Epidaurus

The Archaeological Museum of Epidaurus is noted for its reconstructions of temples and its columns and inscriptions; it was established in 1902 and opened in 1909 to display artifacts unearthed in the ancient site of Epidaurus in the surrounding area.
Epidaurus was a major healing center in classical Greece. The museum is small, but there are some interesting artifacts that show how ancient medicine was actually practiced. 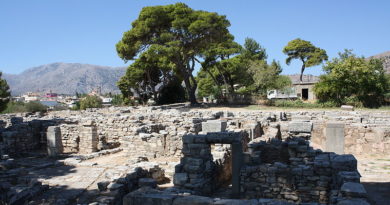 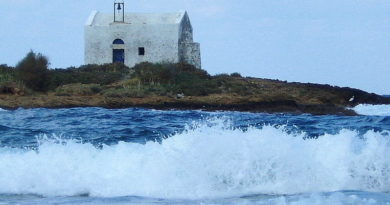