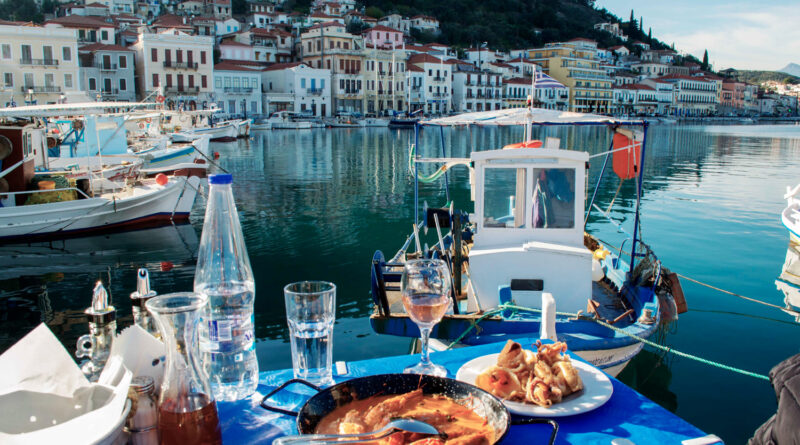 Near Gythio you will find the large, golden sandbeach of Mavrovouni famous for the endangered sea turtles Caretta-caretta laying their eggs here. Gythio is perfect as base for your expeditions to the Diros Caves, Monemvasia, and Mystras. You can also embark a ferry for either Crete or Kythira.

Gythio is a picturesque seaport in Mani peninsula on the southern side of Peloponnese. Built on the hillslopes of Mt Koumaros around a natural bay, Gythio is a major hub in the otherwise secluded and barren peninsula of Mani where ghost villages and a rocky, wild landscape make the setting. This ancient Spartan seaport is today it the largest and most important town in Mani.

Where is Gythio Greece?

How to go to Gythio?

You have different options to reach Gythio. If you rent a car in Athens, you can follow the National Highway linking Athens to Corinth. After the Channel of Corinth, you follow the Highway to Tripoli, and from there you continue to to Sparti. After Tripoli, the road is rural, meaning one lane in each direction. From Sparti you follow the signs to Gythio, it is another 40 km. The total distance from Athens is 270 km.

Another option is to reach Gythio by bus. The bus leaves for Sparti from Kifissos KTEL Bus Station in Athens. From Sparti you need to take another bus for Gythio. Timetables and Itineraries

The nearest airport to Gythio Mani is Kalamata Airport KLX, which receives domestic flights from Athens and Thessaloniki and seasonally from a great many European destinations, like Heathrow and Gatwick during summer. At the airport you will find taxis, car rentals, airport hotels and buses. From Kalamata there is 140 km and 1 hr 45 m’s drive to Gythio in Mani.

Gythio port is small and serves just a few ferry routes, of which the most important is to Kissamos in western Crete via Kythira and Antikythera. This route connecting Peloponnese with Crete is carried out 3 times per week, all year round.

Gythio waterfront and the three parts

The waterfront of Gytheio has three different parts. The central section consists of the habour with small fishing boats, cafés, shops and a few restaurants. During summer months the locals are scrolling the promenade with their families during the evenings. The small square there, known as Platia Githeiou is a great place for enjoying mezedakia at the ouzeri. Mezedes or mezedakia are a variety of delicious food served on small plates (seafood, salads, dips and such). Best consumed with ouzo or retzina wine (traditional Greek wine) and good company.

Turning the corner on the south side of town you’ll find the coastal road ending at the tiny island, Kranai. On Kranai following the causeway, you can visit the Tzanetakis Tower, which houses the Ethnological Museum.
To the north side of the waterfront you’ll find the town hall which houses the Archaeological Museum. It is also an area where you’ll find cafés and restaurants – and nearby the ancient theatre built by the Romans during the first century.

Gytheio was the seaport of Sparta, which is situated about 40 km to the north. Gytheio used to be an important port until it was destroyed in 4th century AD, possibly by an earthquake.

Heracles and Apollo, the founders of Gythio

The reputed founders of ancient Gythium were Heracles and Apollo, who frequently appear on its coins. In classical times it was a community of Perioeci, politically dependent on Sparta. In 455 BC, during the First Peloponnesian War, it was burned by the Athenian admiral Tolmides who besieged the city with 50 ships and 4,000 hoplites. It was rebuilt and was most probably, the building ground for the Spartan fleet in the Peloponnesian War.

In Roman times Gythium remained a major port and it prospered as a member of the Union. As purple dye was popular in Rome, Gythium exported that as well as porphyry and rose antique marble. Evidence of the ancient Gythium prosperity can be found by the fact that the Romans built an ancient theatre which is well preserved today and is still used occasionally.

Gythio – What to see?

Kranae and other islands offshore of Gythio

Offshore of Gythio are several small islands, the most important of these being Cranae, which is connected to the mainland by a causeway built in 1898. According to legend, when Paris of Troy abducted Helen from Sparta they spent their first night in Cranae. When Gythio became the major port of Sparta Cranae became a resting spot for traders. After the rest of Greece enslaved to the Ottoman Turks only Mani remained free.

What to do in Mani Greece?

When visiting Mani and Gythio in specific, don’t loose the opportunity of visiting the unique Diros Caves with one of the finest, if not the most beautiful lake cave in the world. You can find a more detailed description of the caves in my post about Mani. The Diros Caves are located approx. 18 km south of Areopolis and they are part of an underground river. About 5,000 meters have been exposed and are accessible by small boats and through narrow passage ways.

Tour of Mani from Gythio

The bay of Lakonikos is home to Loggerhead sea turtles, in Greece known as turtles Caretta-Caretta. They are nesting along the beaches of Evrotas, Mavrovouni, Selinitsa, Valtaki and Vathi, where sand dune restoration is taking place, actually the first of its kind in all of Greece. Find a list of the best beaches near Gythio here:

Weather and climate in Gythio 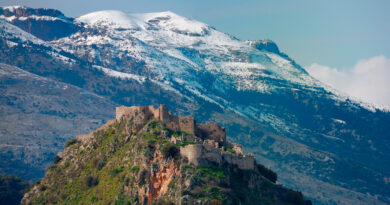 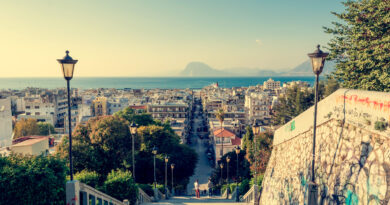