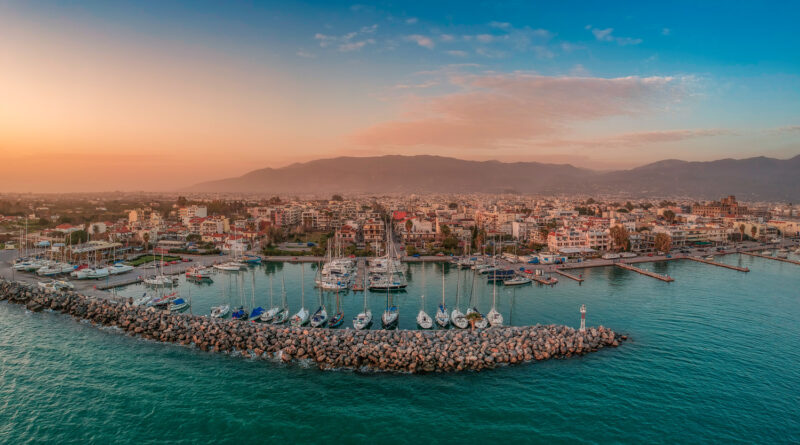 Kalamata, the capital and central port of Messinia, is placed amidst great natural beauty with indented shores, sandy beaches, green mountains and fertile valleys. It is situated at the site of ancient Farai and near other significant archaeological monuments. It has developed into a wealthy urban center thanks to its port and the exploitation of the fertile Messinian lands (olive oil, raisin and fig production).

Top 10 Things to do in Kalamata

You will find Kalamata, a charming old town, beneath its castle on the southern shores of Peloponnese. Kalamata was destroyed by the Turks during the War of Independence and rebuilt in the 1830’s by French engineers. It was ruined again by an earthquake in 1986. The modern town is just a few kilometres from the beachfront where you will find plenty of hotels and restaurants.

Kalamata, the capital of Messinia is the second largest town in Peloponnese. It is famous worldwide for its olives and olive oil. It has a long, pebbled beach, good restaurants, a great shopping center, and a lively nightlife. Kalamata town has some most interesting museums.

How to get to Kalamata?

The city of Kalamata has an international airport and an important harbor. Ferries are available to places such as the Greek islands of Kythira and Crete. Kalamata is situated 238 km southwest of Athens. Kalamata Airport KLX receives domestic flights from Thessaloniki and seasonally from a great variety of European destinations. At the airport you will find taxis, car rentals, airport hotels and buses.

You’ll find the port of Kalamata on the west side of Mount Taygetos. It is the chief town of the prefecture of Messenia and a port for the shipment of the agricultural produce of the region. It occupies the site of Mycenaean Pharai, a town of the kingdom ruled by Menelaos. In 720 B.C., together with the rest of Messenia, it was conquered by the Spartans. From 1204, under its present name, it became the residence, along with Andravida, of the Villehardouins. After periods of Byzantine, Turkish and Venetian rule it was sacked by Ibrahim Pasha in 1825. It still bears marks of the damages caused in 1986 by a severe earthquake.

Places to explore around Kalamata

Kalamata itself is one of the most beautiful towns in Greece situated in a way that it  looks southwards to the Mediterranean Sea. It is, though, the surroundings of Kalamata that really captures anyone with their stunning beauty. The best way of exploring the local area is by far to rent a car, since public transport is not convenient.

Gialova – Pylos – Methoni – Finikounda – Koroni – Petalidi – Kalamata (about 140 km, 1 and a half hours drive all together)

Drive along the south-western coastline of Peloponnese (Nestor’s Palace – Gargaliani – Marathos – Filiatra – Kyparissia – Kaiafas) (90 km, about 1 and a half hours drive each way)

Ancient Olympia (110 km, about 1 and a half hours drive each way)

Monemvasia (about 2 hours drive each way)

What to see in Kalamata?

This museum houses artifacts from the Bronze Age to the Roman period. The museum is in a Venetian-style mansion which was damaged in the 1986 earthquake, but was restored between 1988-92. (closed on Mondays)
Benakeio Archeological Museum
6 Papazoglou Street, 24100 Kalamata, Greece

Kalamata Folk Art Museum has a good number of exhibits, ranging from Stone Age weapons to mirrors and coins from Venetian times. It also houses an impressive collection of mementos and relics from the Greek War of Independence.

Located in the southern end of the Municipal Park of the Railways in Kalamata, are the railway exhibits. Visitors can see the railway station, platform, water-tower, fountains for steam engines, as well as rolling stock.

Above the town of Kalamata is the castle of the Villehardouins. At the foot of the hill stands the convent of Agios Konstantinos, occupied by nuns who make hand-woven silks. In the Kyriakos House is a museum displaying items of local interest, mainly from the Venetian period and the struggle for liberation.
The Frankish castle has been turned into a park with a tourist pavillion, where one can have refreshments and enjoy a superb view of the area.
Not far from the convent of Agios Konstantinos is the church of Agios Charalambos, one of the most note-worthy Byzantine churches in the area.
Kalamata hosts a traditional folk dance festival every July in the amphitheatre of the medieval castle. 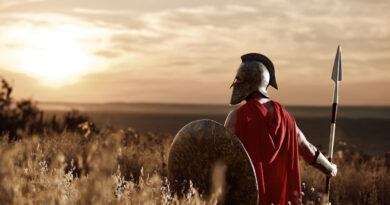 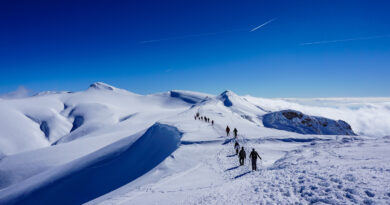 Kalavryta Winter Resort on the Beautiful Slopes of Mt. Helmos