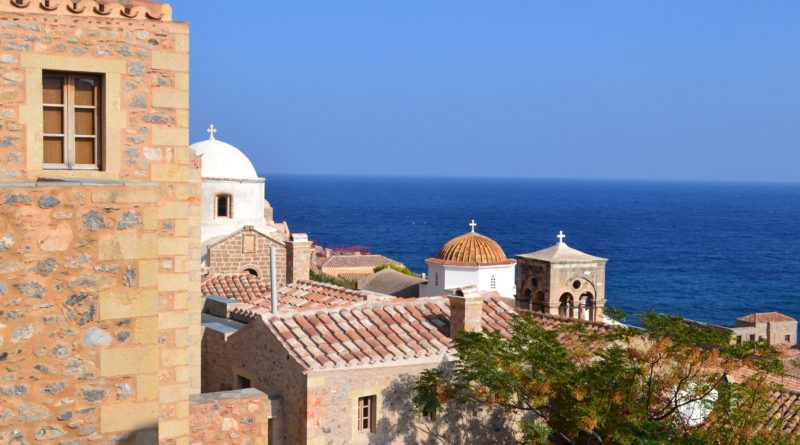 You’ll find Monemvasia at the “first leg” of Peloponnese in the Myrtoo Sea. Just 322 km from Athens, it is one of the favorite destinations of the Athenians for the weekend. Moreover, the path down to Monemvasia leads you through areas with historical sites such as Sparta and Mystras, and some picturesque villages. You can, of course, choose to approach Monemvasia from the sea, when cruising.

The first thing someone notices once he sees the Gulf of Monemvasia is the imposing rock that dominates the middle of the sea. A thin strip of land connects the castle with the modern city and this is the only entrance to the castle, which owes its name to the region (“moni emvasis” meaning “the only entrance”). Not that the modern town is ugly, but when the “rival” carries so much beauty, any comparison is doomed from the outset.

The castle of Monemvasia, anchored on the outer side of the rock is visible only from the sea and this increases the surprise of those who face the distinct beauty for the first time. The buildings in Venetian style with their characteristic arches, small windows and narrow doors, show that the construction was made in times when the pirates were plaguing the region. The narrow streets with intricate shape, helped the residents to gain time and to climb onto the city that was inaccessible to intruders because of its location. You only need to let your thoughts fly the Middle Ages and momentarily you’ll be in another era that now exists only on movie screens.

The Archaeological Museum of Monemvasia, a former mosque built in the 16th century, includes sculptures, ceramics and everyday objects from Christian times until the liberation in 1821.

Churches: Monemvasia has two beautiful churches, first of all if you take the ascent to the Upper Town you have the opportunity to visit Agia Sophia Church which is lovely at the top of the hill – but wear good, flat shoes since the path is very slippery, especially on the way down.  The other of interest is the Church of Elkomenos Christos, considered the ‘most majestic of all the churches of the East’ according to many historians – with it’s Veneto-Cretan style, retaining the iconic old intricate Byzantine architectural characteristics. 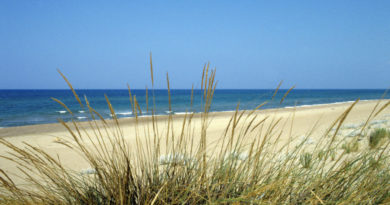 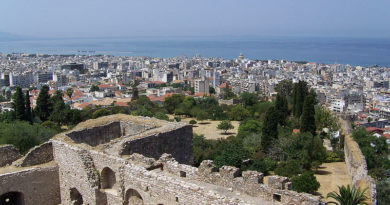