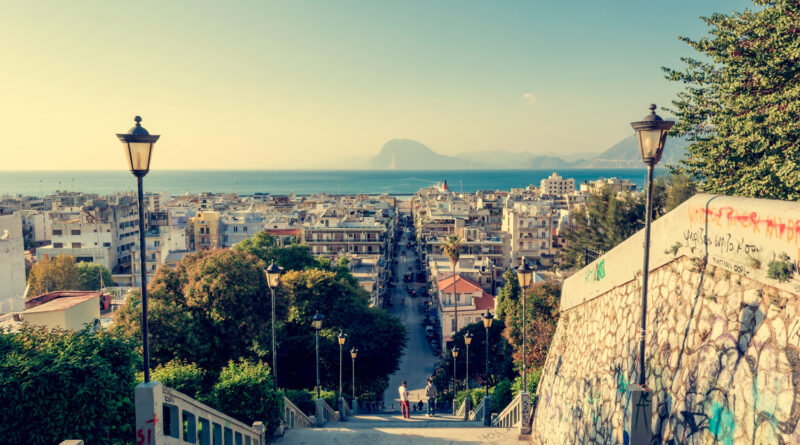 Patras town is a very popular Greek city with its busy port, its Carnival Weekend, and its central location for trips to Olympia, Delphi, and Nafpaktos. You will find beach hotels in the region providing nice places to stay for you Patras holidays.

Patras is the third-largest town in Greece and a busy city due to its big port serving ferry routes to Italy and the Ionian islands all year. In Patras and the surrounding area, you will find several interesting sights, since the city has a long history. Go visit the church of Saint Andrew, the protector of Patras, the Roman Odeon as well as the medieval castle situated above the town.

Why to visit Patras?

As most seaside towns in Greece Patras has a long, relaxing waterfront and a beach perfect for strolling around and enjoying a drink with the sea view. Every February Patras is hosting its famous carnival, with a large costume parade and many great events. In the region of Patras, you will find several nice beach resorts, in a central location for road trips to Olympia, Delphi, Nafpaktos, and Mesolongi. Patras is also famous for its lively nightlife, its restaurants and the seaside cafés.

Where is Patras in Greece?

Patras is in northern Peloponnese, 215 km west of Athens. The city is built at the foothills of Mount Panachaikon, overlooking the Gulf of Patras.

How big is Patras?

The city of Patras has nearly 170,000 inhabitants, while Patras municipality has a population of 214,000 (in 2011). The city of Patras has a history 4,000 years. In Roman times it became a cosmopolitan centre of the eastern Mediterranean and according to Christian tradition, it was the place of Saint Andrew’s martyrdom.

How old is Patras?

The first traces of settlement in Patras date as early as in the 3rd millennium B.C., in the area of modern Aroe. Patras flourished for the first time during the Post-Helladic or Mycenean period (1580–1100 B.C.).  During antiquity, Patras remained a farming city. It would be in Roman times that it was to become an important port.

What is Patras Greece known for?

Patras is known as Greece’s ‘Gate to the West’, it is a commercial hub, and its busy port is a central point for trade and communication with Italy and the rest of Western Europe. The city has two public universities and one Technological Institute, hosting a large student population and rendering Patras a major scientific centre with a field of excellence in technological education. The Rio-Antirio bridge connects Patras’ easternmost suburb of Rio to the town of Antirio, connecting Peloponnese peninsula with mainland Greece.

Every year, in February, the city hosts one of Europe’s largest and most colourful carnivals; notable features of the Patras Carnival include its mammoth-sized satirical floats and extravagant balls and parades, enjoyed by hundreds of thousands of visitors in a pleasant Mediterranean climate, with relatively cool yet humid summers and rather mild winters. Patras is also famous for supporting an indigenous cultural scene active mainly in the performing arts and modern urban literature; it was European Capital of Culture 2006.

Resorts and campsites near Patras

Not far from Patras City you will find Kyllini on the west coast of Peloponnese. Kyllini Elis is known for its exotic beaches, its thermal springs, and mud baths, but also for its port from where you embark the ferry to Zakynthos or Kefalonia. Here you find luxury hotels and spas, but also campsites and cheap rooms for rent.

Things to do in Patras

Patras is a city with a vivid student community and therefore it also has a lively nightlife with many places to eat and drink. You will find the most popular tavernas and restaurants along the port promenade, offering you a delicious meal with a lovely sea view. Many cafés and bars are in the city center along the main avenues and near the King George Square. If you go to the seaside villages of Vrachneika and Rio, you will enjoy great seafood at the fish tavernas.

Near Patras you will find some interesting diving sites, like Nestos Wreck at Psathopyrgos village, the reefs off Lampiri beach, and the Drepano Tubes at a depth of max 18 meters, making it a perfect diving spot for beginners and night dives.

When it comes to kitesurfing, Cape Drepano at the entrance of the Bay ofCorinth  is the place to be! Right next to Rio-Antirio suspension bridge this tiny cape provides a consistent wind of high capacity, almost every day of the year. Cape Drepano Kitecenter is quite unique among the other kitesurfing spots in Greece, offering the ultimative conditions with wind capacity and flat terrain. Here big events, contests, and kitesurfing festivals are organized every year. Different clubs offer kitesurfing, windsurfing, and SUP services plus gear for rental in all disciplines. Cape Drepano is located about 10 km from the pier of Rio in Peloponnese.

Just outside the village of Kato Kastritsi in Orto near Patras you will find the horseback riding club “Ippodameia”. Here you can book riding activities at all levels, and for the beginners riding under supervision is offered. All activities must be booked in advance.

How to reach Patras Greece?

It is easy to travel to Patras because of its convenient location. You can choose several ways to reach and explore this interesting area of Greece.

You can travel by ferry to Patras from Italy all year round. The port of Patras is connected with Ancona, Bari, Brindisi, Trieste, and Venice in Italy. You can also reach some of the Ionian islands from Patras port, like Kefalonia and Ithaca.

Patras has Araxos International Airport serving flights from May to October. You will find it near the village of Araxos, approx. 40 km from the city centre of Patras. Taxis are available at the airport entrance for your transfer to town.

Who flies to Patras Greece?

Some airlines fly directly to Araxos from from different European major cities (May to October): NordStar, Austrian, Belavia, and Tuifly

Patras by Car from Athens

If you rent a car in Athens, you can reach Patra driving along the National Road Athens-Corinth crossing the Corinth Canal where you follow the signs for Patra. After Corinth the road becomes narrower needing more careful driving. The distance between Athens and Patra is approx. 211 km.

FROM ATHENS TO THE PORT OF PATRAS

Finally, you can choose to travel to Patras by bus. Patras is connected with nearby destinations in Peloponnese and major cities like Athens. The KTEL buses for Patras depart from Kifissos bus station in Athens and the trip lasts about 3 hours. 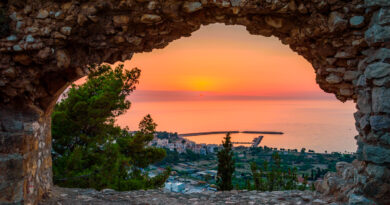