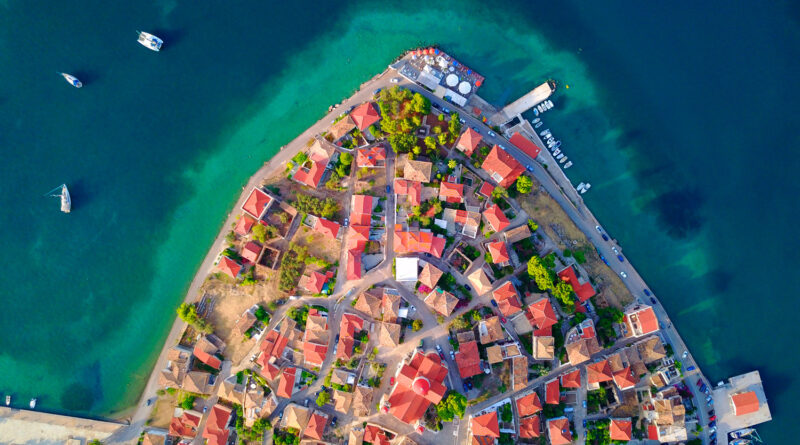 Central Greece is the most populous geographical region of Greece, with a population of more than 4 million people, and covers an area of almost 25,000 km², making it the second largest of the country. It is located to the north of Peloponnese and to the south of Thessaly and Epirus, bordering the Aegean Sea to the east, the Ionian Sea to the west and the Corinthian Gulf to the south. Its climate is temperate along its coastlines, and dry in the interior.

Towns, ancient sites and landscapes to visit in Central Greece

Arachova is a picturesque village built on the slopes of Mount Parnassus. In the midst of nature at an altitude of 950 meters, Arachova is perfect for relaxing on a hiking trip or when visiting the ski centers at Mount Parnassus.

Built in ancient years on the slopes of Mount Parnassus, Delphi is one of the most important archaeological sites in all of Greece. Delphi is set in an amazing natural landscape which emphasizes the historical and mythical significance of the ancient holy place.

Galaxidi is a relaxing summer town, situated on the northern shore of the Corinthian Gulf. It stands out for its beautiful architecture. LIke other Sterea villages, either mountainous or seaside, it offers an alternative destination just a few hours drive from Athens.

Nafpaktos has a medieval charm and a fairytale vibe, and it never cease to charm its visitors. The small Venetian port, the relaxed beaches, and the mountainous green landscape make Nafpaktos a great place to visit.

You will find the National Park of Mount Parnassos in the south-central part of mainland Greece, close to Delphi and Arachova. It covers an area of 36 million m2 and is the second largest national park in Greece, the first being Mt Olympus.

You will find the remains of Ancient Thebes where modern Thiva is today in the province of Boiotia about 90 km from Athens.

You will find Trichonida Lake at a short distance from Agrinio, Messolongi, and Nafpaktos. It is the largest natural lake in Greece with a great fauna in and around the lake.