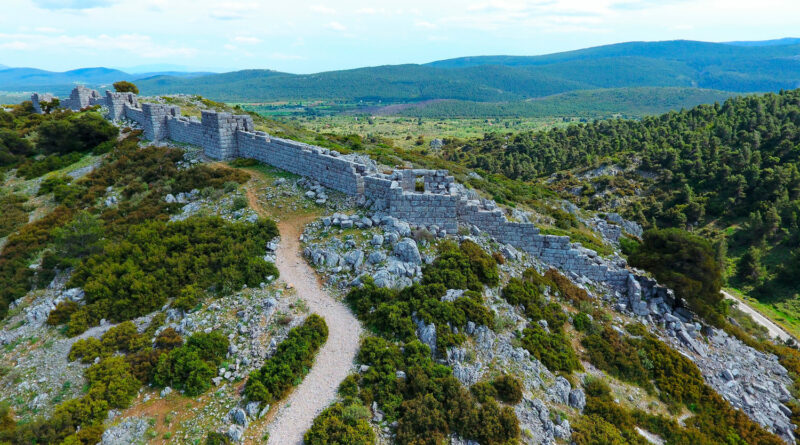 As you might know, the Thebans have played a great role in ancient Greece. This major Greek city-state was the birthplace of Heracles, Oedipus, Dionysius, and Epaminondas and a traditional enemy of nearby Athens.

Where is Thebes Greece?

The modern city contains an Archaeological Museum, the remains of the Cadmea (Bronze Age and forward citadel), and scattered ancient remains. Modern Thebes is the largest town of Boeotia. It is situated at highway E962, about 4 km south of the junction with E75.

Thebes is a city in Greece, situated to the north of the Cithaeron range, which divides Boeotia from Attica, and on the southern edge of the Boeotian plain. It played an important role in Greek myth, as the site of the stories of Cadmus, Oedipus, Dionysus and others. Archaeological excavations in and around Thebes have revealed a Mycenaean settlement and clay tablets written in the Linear B script, indicating the importance of the site in the Bronze Age. In ancient times, Thebes was the largest city of the region of Boeotia and was the leader of the Boeotian confederacy. It was a major rival of ancient Athens, and sided with the Persians during the 480 BC invasion under Xerxes.

Theban forces ended the power of Sparta at the Battle of Leuctra in 371 BC under the command of Epaminondas. The Sacred Band of Thebes (an elite military unit) famously fell at the battle of Chaeronea in 338 BC against Philip II and Alexander the Great. Prior to its destruction by Alexander in 335 BC, Thebes was a major force in Greek history, and was the most dominant city-state at the time of the Macedonian conquest of Greece. During the Byzantine period, the city was famous for its silks.

The Seven against Thebes is the third play in an Oedipus-themed trilogy produced by Aeschylus in 467 BC. The trilogy is sometimes referred to as the Oedipodea. |It concerns the battle between an Argive army led by Polynices and the army of Thebes led by Eteocles and his supporters. The trilogy won the first prize at the City Dionysia. Its first two plays, Laius and Oedipus as well as the satyr play Sphinx are no longer extant.

Today, Thebes is a bustling market town, known for its many products and wares. Until the 1980s it had a flourishing agrarian production with some industrial complexes. However during the late 1980s and 1990s the bulk of industry moved further south, closer to Athens. Tourism in the area is based mainly in Thebes and the surrounding villages, where a lot of places of interest related to antiquity exist (for example the place where the Battle of Plataea took place) but it is still in an infant state. The proximity to other, more famous travel destinations, like Athens and Chalkis, and the undeveloped prospect of one of the biggest archaeological sites in Greece have kept the tourist numbers low.