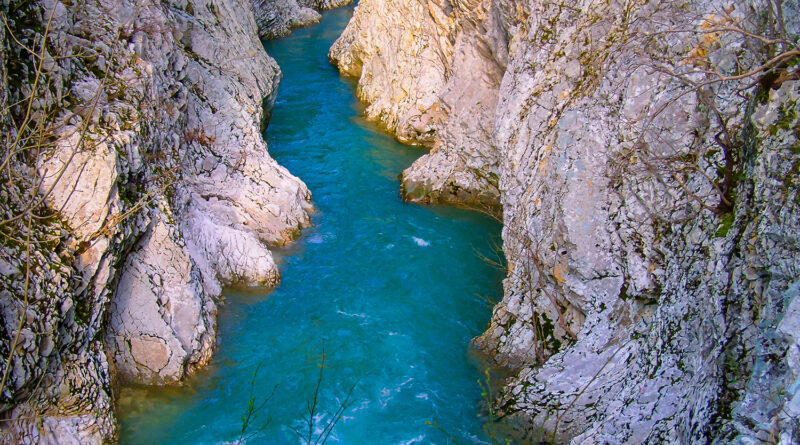 The Necromanteion was an ancient Greek temple of necromancy devoted to Hades and Persephone. According to tradition, it was located on the banks of the Acheron river in Epirus, near the ancient city of Ephyra.

This site was believed by devotees to be the door to Hades, the realm of the dead. The site is at the meeting point of the Acheron, Pyriphlegethon and Cocytus rivers, believed to flow through and water the kingdom of Hades. The meaning of the names of the rivers has been interpreted to be “joyless,” “burning coals” and “lament.”

Where is the Necromanteion?

The Necromanteion is located in the Prefecture of Preveza – Municipality of Fanari In Mesopotamo. 52 km south of Igoumenitsa, 20 km south of Parga.

What is the meaning of “Nekromanteion”?

The word Nekromanteion means “Oracle of Death”, and the faithful came here to talk with their late ancestors. Although other ancient temples such as the Temple of Poseidon in Taenaron as well as those in Argolis, Cumae, and Herakleia in Pontos are known to have housed oracles of the dead, the Necromanteion of Ephyra was the most important. It belonged to the Thesprotians, the local Epirot Greek tribe. According to Herodotus’ account, it was to the Nekromanteion that Periander, the 6th century BC tyrant of Corinth, had sent legates to ask questions of his dead wife, Melissa. In Homer’s Odyssey, the Nekromanteion was also described as the entrance by which Odysseus made his nekyia.

Ritual use of the Nekromanteion involved elaborate ceremonies wherein celebrants seeking to speak to the dead would start by gathering in the ziggurat-like temple and consuming a meal of broad beans, pork, barley bread, oysters, and a narcotic compound. Following a cleansing ceremony and the sacrifice of sheep, the faithful would descend through a chthonic series of meandric corridors leaving offerings as they passed through a number of iron gates. The nekyomanteia would pose a series of questions and chant prayers and the celebrants would then witness the priest arise from the floor and begin to fly about the temple through the use of Aeorema-like theatrical cranes.

The Necromancy of Acheron

In the Ancient fountain of the Lake Aherousia where the river Acheron was meeting the river Kikotos was the point of the dead taking the route to the Underworld. Near to that point was the most known Necromancy of the Ancient world which is still saved as a monument. It has been chronologized at the early Hellenistic era (4th-3rd century BC).

The Necromancy was functioning for two centuries, until 167 BC when it was looted and destroyed by the Romans. After its destruction, the courtyard was inhabited again in the first century BC. In the eighteenth century the Monastery of Agios Ioannis Prodromos (Saint John the Baptist) was built upon the ruins of the Oracle, the primary temple (Katholikon) which still stands upon the ruins.  It was brought up on surface by Professor Dakaris during 1958-1964 and 1976–1977.

The pilgrims were going to the necromancy to communicate with the underworld souls but the ritual was not that simple as, they as living beings, had to be submitted to a diet including raw food like oysters, causing the effect of illusions and trances which was resulting in speaking with the souls and getting the prophecy desired.

The architectural structure of the Mancy was helping the psychosomatic process. The condominium had two levels, the upper one for the world of the living and the lower one for the world of the dead, where the dark Temple of Adis was built, the room where the pilgrims could “meet” the souls of the dead. The corridor that lead there was whirling because the purpose was to make the vertigo more intense for the believer, with the result of him believing that he was walking the “road” to Adis. Then he had to cross the three Iron Gates to enter the Kingdom of the dead. (read more about the Necromanteion…)