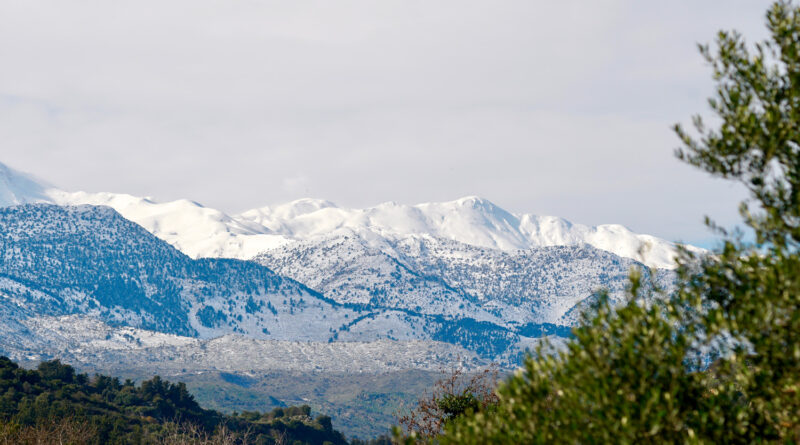 Crete is blessed with gorgeous mountains, green valleys, stunning, wild gorges and natural bridges making it a place unique in every way. Mount Psiloritis (or Mt Ida) is the highest point in Crete.

The island is characterized by mountains, valleys, natural bridges, stunning gorges and other features that make this place unique in all aspects.

Where is Mt Psiloritis in Crete?

Psiloritis Natural Park extends on the Psiloritis mountain and its northern foothills till the Cretan Sea. It has an area of 1100 km2. Administratively the park is split in to the regions of Rethymno and Heraklion.

The ancient myth about Mt Psiloritis

Mount Ida, known now as Psiloritis (“high mountain”), is the highest mountain on Crete. Located in Rethymno Prefecture, it is sacred to the Greek Titaness Rhea, and on its slopes, according to legend, lies the cave, Idaion Andron, in which Zeus was born. As an island high point at 2,454 m, it is the mountain with the highest topographic prominence in Greece.

Interesting features are the plateau of Nida and the forest of Ruva on the east side. The observatory of the University of Crete is located on the secondary peak Skinakas at 1750m.
Along one flank of Mount Ida is the Amari Valley, a locus settled by expansion of ancient Phaistos, when the settlement of Monastiraki was established.

The highest point in Crete

A small, open stone chapel of Timios Stavros is located on the summit, surrounded by numerous bivouac sites used by mountain walkers. A small, abandoned alpine skiing centre is located on the eastern flank of Mount Ida, accessible by road from Anogeia, which also offers the easiest route of ascent from the Nida Plateau.

The park aims to conserve natural and cultural heritage of the Psiloritis area through promotional and educational activities, as well as sustainable development initiatives like geotourism, ecotourism and agritourism.