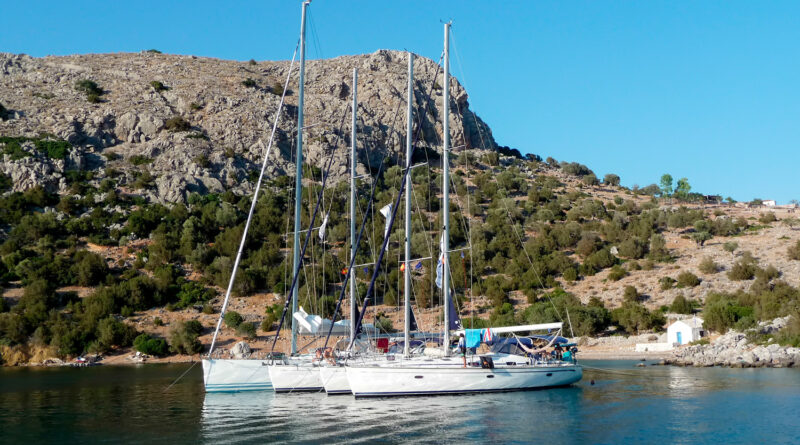 The tiny island of Dokos in the Argo-Saronic Gulf has become quite famous due to the discovery of the oldest underwater shipwreck known to man. It is named Dokos shipwreck and has been dated back to stunning 2700-2200 B.C.

Where is Dokos island located?

Dokos is a small island of the Argo-Saronic Gulf, adjacent to Hydra, and separated from Peloponnese by a narrow strait called “the Hydra Gulf” on some maps. It is part of the municipality of Hydra and has a population of about a dozen. The island is populated only by some Orthodox monks and perennial sheepherders. The island is rocky with a total height of 308 meters.

It has since the ancient years considered to be a strategic location. On the east side you can find the ruins of a great Byzantine – Venetian Castle. In medieval times the island served as a refuge for Albanian settlers’ animals. Dokos (ancient name Aperopia), according to archaeological studies, was found to be inhabited since the era of copper, 6000 BC. (no citation)

Dokos shipwreck and a cargo of clay vases

The Dokos shipwreck is the oldest underwater shipwreck discovery known to archeologists. The wreck has been dated to the second Proto-Helladic period, 2700-2200 BC. The remains of the shipwreck are located about 15-30 meters underwater near Dokos.

The ship itself is long gone, as everything biodegradable has been taken back by the sea. The remains at the sea floor of a cargo site of hundreds of clay vases and other ceramic items are evidence of the shipwreck. The four thousand year old ancient shipwreck was discovered by Peter Throckmorton on August 23, 1975.