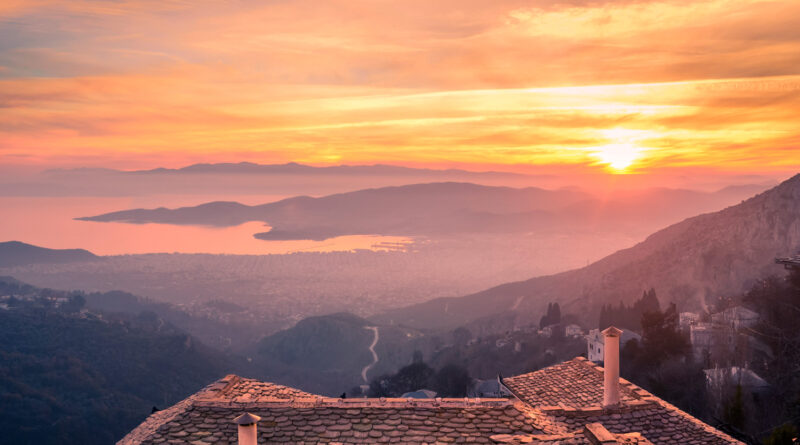 Thessaly  is a traditional geographical region of Greece, comprising most of the ancient region of the same name. Before the Greek Dark Ages, Thessaly was known as Aeolia, and appears thus in Homer’s Odyssey.

Famous places to visit in Thessaly

Truly heaven on Earth Pelion has a big mountain dotted with the most picturesque hillside and seaside villages. On top of that, the whole peninsula is surrounded by a string of stunning beaches. Famous during summer for its beaches and yacht mooring spots and during winter for its ski sport activities and mountains villages.

Meteora is seriously one of the rarest sights in Greece, if not in the whole world! You will find it in Thessaly Greece – with towering pinnacles abruptly rising in the landscape. This otherworldly beautiful landscape is included in the World Heritage List of UNESCO. These rocks were, according to studies, formed by water and earthquakes 60 million years ago.

Mount Olympus is the highest mountain in Greece, located on the border between Thessaly and Macedonia, about 100 km from Thessaloniki. Mount Olympus has 52 peaks.

Lake Plastiras is an artificial lake fed by Tavropos (Megdovas) river located near the city of Karditsa. The lake is named after the Greek general and politician Nikolaos Plastiras, who was the first to visualize the construction of an artificial lake in the area.

Trikala is part of the region of Thessaly and together with Larissa, Karditsa and Volos it is one of the cities of the region. The name means ‘Three good’ representing good water, good weather and good soil.

Thessaly became part of the modern Greek state in 1881, after four and a half centuries of Ottoman rule.  The capital of the periphery is Larissa. Thessaly lies in central Greece and borders the regions of Macedonia on the north, Epirus on the west, Central Greece on the south and the Aegean Sea on the east. The Thessaly Periphery also includes the Sporades islands.

Geography and geology of Thessaly

Thessaly occupies the east side of the Pindus watershed, extending south of Macedonia to the Aegean Sea. The northern tier of Thessaly is defined by a generally southwest-northeast spur of the Pindus range that includes Mount Olympus, close to the Macedonian border. Within that broken spur of mountains are several basins and river valleys. The easternmost extremity of the spur extends southeastward from Mt. Olympus along the Aegean coast, terminating in the Magnesia Peninsula that envelops the Pagasetic Gulf (also called the Gulf of Volos), and forms an inlet of the Aegean Sea. Thessaly’s major river, the Pineios, flows eastward from the central Pindus Range just south of the spur, emptying into the Thermaic Gulf.