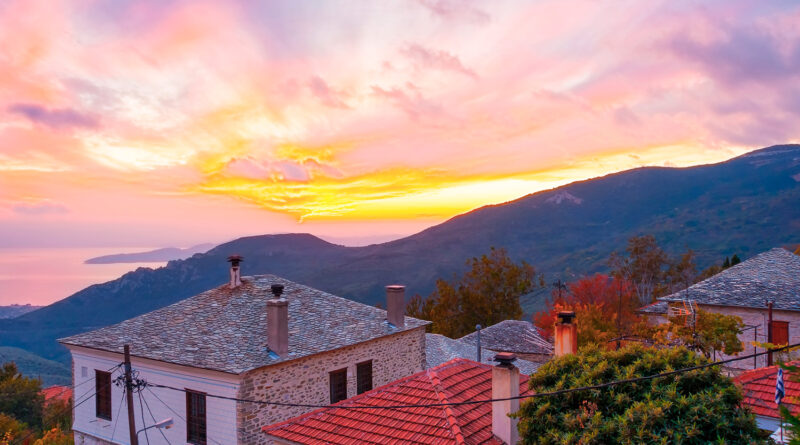 Pelion peninsula is truly heaven on Earth with a big mountain dotted with the most picturesque hillside and seaside villages. On top of that, the whole peninsula is surrounded by a string of stunning beaches hidden in coves below the steep mountain slopes. Famous during summer for its gorgeous beaches and yacht mooring spots and famous during winter for its ski sport activities and cosy chalets in the mountain villages.

Pelion – the Peninsula in Thessaly

Pelion – the Most Beautiful Mountain in Greece

Pelion – What to See?

Pelion – Things to Do

Pelion – Where to Stay?

Weather and Climate in Pelion

The first reason for you to fall in love with Pelion is surely its picturesque villages and the stunning views to either the Aegean Sea or the city of Volos. The traditional houses are built in stone with grey stone roofs and beautifully paved alleys set on lush green hillsides or hidden in tiny coves by the Aegean Sea.

On the eastern coast of the peninsula you will discover some extremely exotic beaches where the water has the most incredibly blue colour. Some of the most popular beaches on Pelion are Fakistra, Mylopotamos, and Agios Ioannis. They are absolute must-sees!

If you are not into relaxing under the sun in the beach but prefer activities in nature or sightseeing, there are many things to do in Pelion all year round. Pelion is a top holiday destination, popular to Greeks as well as travellers from abroad. Nearby Volos is a big city with a busy port and a small airport receiving charter flights during the summer months.

Pelion Greece – the Peninsula in Thessaly

Pelion Greece is a peninsula situated in Thessaly, in the central part of Greece. The diversity of the natural landscape makes Pelion a perfect travel destination both summer and winter. The mountain of Pelion is thickly forested, mainly of beech, oak, maple, and chestnut trees, with plane tree groves surrounding places with water.

Pelion – the most beautiful mountain in Greece

Pelion is considered the most beautiful mountain in Greece: hiking trails and stone paths give access to springs, coves, and numerous beaches, sandy or pebbly, set among lusciously green slopes. Pelion is an amply watered mountain, with an abundance of springs, gorges, streams, and rivulets, with many streams routed in carved-stone artificial beds to bring the water to the villages and their thriving orchards. The higher elevations of the mountain receive enough snowfall to host skiing facilities that operate from Christmas to Easter

Picturesque little villages are scattered all over the green mountain slopes of Pelion, all with a different style. You will find hotels and accommodation in many of them whether they are located down near the shore or high up on the mountain slopes. In Pelion, the most popular villages for winter holidays are Portaria, Makrinitsa, Vizitsa, Miles, Tsagarada, and Chania, where you will find the ski center. The best villages for summer vacations in Pelion are Horefto, Agios Ioannis, Milina, and Platanias.

Find a list of the most popular villages in Pelion below.

In Pelion you will find some of the most beautiful beaches in Greece, hidden in little coves under steep green cliff walls and with crystal clear turquoise blue waters. The most impressive beaches are to be found on the eastern side of the peninsula. You will find a list of the best beaches in Pelion below.

Where is Pelion Greece?

Pelion is a mountain at the south-eastern part of Thessaly in central Greece, forming a hook-like peninsula between the Pagasetic Gulf and the Aegean Sea. 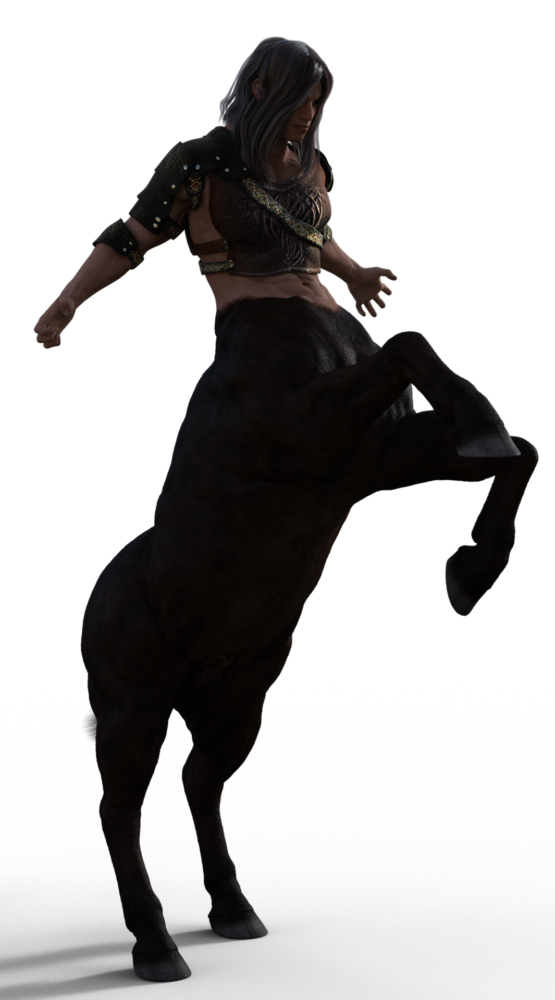 In Greek mythology, Mount Pelion (which took its name from the mythical king Peleus, father of Achilles) was the homeland of Chiron the Centaur, tutor of many ancient Greek heroes, such as Jason, Achilles, Theseus and Heracles. It was in Mount Pelion, near Chiron’s cave, that the marriage of Thetis and Peleus took place. The uninvited goddess Eris, to take revenge for having been kept outside the party, brought a golden apple with the inscription “To the Fairest”. The dispute that then arose between the goddesses Hera, Aphrodite and Athene resulted in events leading to the Trojan War. When the giants Otus and Ephialtes attempted to storm Olympus, they piled Mount Pelion upon Mount Ossa.

Daily ferries are going from the islands of the Sporades to the port of Volos:

Pelion Greece – What to see?

TICKETS, ACTIVITIES & THINGS TO DO

Pelion Greece – Things to do

Pelion Greece – Where to stay?

In Pelion you will find great hotels, luxury resorts, guesthouses, and boutique hotels. Here is something for every taste and every pocket. During summer it is nice to stay in the seaside villages near the gorgeous beaches and during autumn, and winter months I suggest you choose to stay in a mountain village with view to the sea. Near the ski resort you will find guesthouses and chalets in Chania village perfectly fit for the winter season with fireplace and great restaurants.

In Pelion there is no airport. The nearest one is Nea Anchialos Airport in Volos, a small airport working only in summer. It does not serve internal flights, just some charter flights from abroad. A few European low-cost air companies fly to the airport of Volos, including the popular company Ryan Air.

It is more convenient to fly to Eleftherios Venizelos in Athens or Makedonia Airport in Thessaloniki, as both cities have international airports receiving flights all year from several major cities around Europe. Upon arrival in either you can reach Pelion by car or by a Greek intercity bus, named KTEL.

Weather and climate in Pelion

It is difficult to predict the weather in Pelion because of the influence by the mountains. Since the ancient years it has been famous for its healthy climate.

These perfect weather conditions exist due to a combination of factors: Forested mountains, rich water springs and streams, and the Aegean Sea. Even when the mountains are covered in snow, Pelion has a pleasant mild temperature, the lowest being 7.5 degrees. Especially the mountain slopes on the western side towards the Pagasetic Gulf are protected by the strong winds of the Aegean Sea. 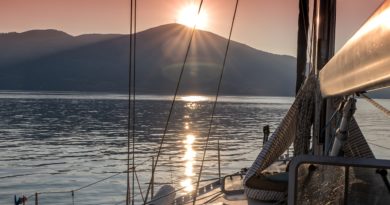 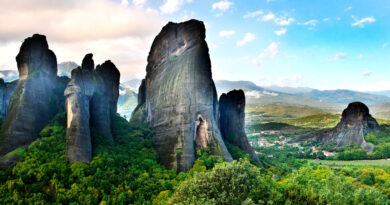