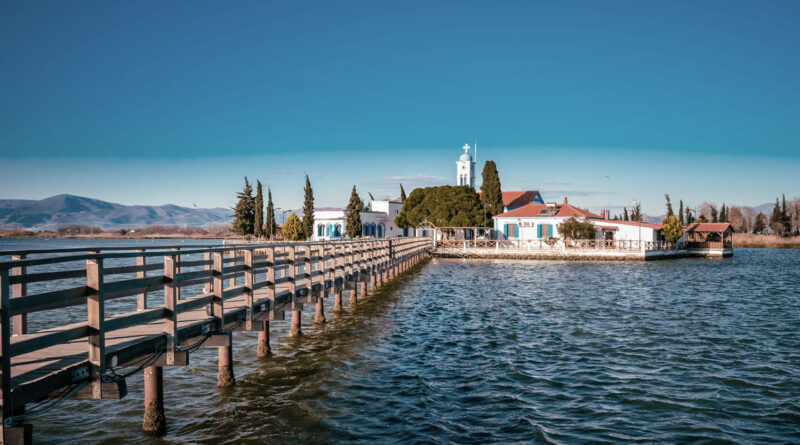 Have you ever visited Western Thrace, the northernmost county of Greece? When thinking of Greece, the first pictures are those of the beautiful islands, the stunningly blue sea, and the ever-shinning sun. Thrace in the northern part of the country is often forgotten when planning a holiday in Greece.
But a visit to Evros in Thrace will be an unforgettable experience. Whether coming from Thessaloniki or Alexandroupolis, prepare for an extraordinary journey through endless green plains with the Rhodope Mountains on the horizon.

Where is Western Thrace?

Thrace is a historical and geographic area in southeast Europe. As a geographical concept, Thrace designates a region bounded by the Balkan Mountains on the north, Rhodope Mountains and the Aegean Sea on the south, and by the Black Sea and the Sea of Marmara on the east. The areas it comprises are southeastern Bulgaria (Northern Thrace), northeastern Greece (Western Thrace), and the European part of Turkey (Eastern Thrace). The biggest part of Thrace is part of present-day Bulgaria. In Turkey, it is also called Rumelia.

How to get to Western Thrace?

Why not try a tour through the Greek Western Thrace (from west to east) following somehow the footsteps of Alexander the Great on his way eastwards. Visit some of the towns in Thrace on your way from Thessaloniki toward Turkey and Istanbul (Greek: Constantinople). You can choose to take this route either by train or car. You can also fly to Alexandroupolis and rent a car to explore nature and the town in the Evros region.

What to see in Western Thrace?

Traveling on the borderline between Asia and Europe

Visit Xanthi and discover an unspoiled paradise; the river Nestos is winding its path all the way to its delta, which is a unique aquatic forest. On its way, it passes the Drymos Forest and Lake Vistonida. Also, Erimanthos, a forest village, and the Rhodope mountain range with virgin forests and quaint, traditional villages are some of the hidden treasures of this destination. Do not miss the opportunity to visit “Pomakohoria,” a cluster of around 40 villages north of Xanthi. They are renowned for their architectural and cultural uniqueness. Read more about Xanthi City

Komotini has quite a few interesting museums to visit when you are on a road trip in Western Thrace. You will find the Archaeological Museum of Komotini, the Ecclesiastical Museum of the Holy Bishopry of Maroneia & Komotini, the Folklore Museum, the Byzantine Museum, and the Basketry Museum as well as churches and mosques. Make a stop here for sightseeing and taste the local handmade sweets Baklava and try one of the strong Greek coffees. Read more about Komotini.

Just 14 kilometers from Alexandroupolis, near Traianoupolis, you will find the Ecotourism Centre and the information center of the Evros Delta. Here you can learn all you wish to know about Greece’s most important wetland habitat. You can also buy your ticket for a day trip by van and river boat. The information center organizes several ecotours. You will also find a lodge, a restaurant, and a coffee shop at the center. Particularly spring and autumn are the best seasons of the year to visit. The total area of the wetland is 20,000 acres, where more than 300 bird species have been recorded. The ticket price is approximately 10 € per person. Read more about Alexandroupolis

Your next stop should be the Dadia – Lefkimi – Soufli National Park. You will find the forest 67 kilometers north of Alexandroupolis. It follows the alpine terrain of the Rhodopi Mountains, on the borderline between Europe and Asia. Dadia Forest is right on the easternmost route of migratory birds and is a refugee to all kinds of wildlife.

The park is famous for its many vultures living in perfect harmony with the area’s people. The most notable is the Black Vulture, the Egyptian Vulture, and the Griffon Vulture, three of the four European vulture species. More than 30 species are living in the Dadia Forest. Start by visiting the information center to learn the history of the birds living in the park. You can climb up to the observatory on foot or by van. The ticket price for the van is approximately 4 € per person. Read more about the Dadia Forest here

Soufli is the town of silk. It is a relatively small village built on a hillside where old picturesque mansions and modern houses stand side by side. You will find the Silk Museum just a few meters from the main square. It is like the beating heart of the little town. It hosts the history and the tradition of silk production, which for many years was the main commercial activity of the area. This is where you find the best silk quality in Greece and Europe. Read more about Soufli

Didymoteicho is a Greek town on the border to Turkey in Western Thrace. It has a rich history and is of great cultural interest. Walking through Didymoteicho, you will see Byzantine and Ottoman buildings, small squares, and lovely pedestrian streets. Among the sights is the Muslim Mosque, Bayezid Mosque, which is considered one of the most important Islamic monuments in the world. Strolling the town, you will find one of the outer gates of the city walls, the Gates of the Agora. The castle is built on Kale Hill, where two rivers run into each other, Evros and Erythropotamos. Read more about Didymoteicho

History of the Thracians

The ancient Thracians were a group of Indo-European tribes inhabiting areas including Thrace in Southeastern Europe. They spoke the Thracian language – a scarcely attested branch of the Indo-European language family.

The first historical record about the Thracians is found in the Iliad, where they are described as allies of the Trojans in the Trojan War against the Greeks.

These Indo-European peoples, while considered barbarian and rural by their refined and urbanized Greek neighbors, had developed advanced forms of music, poetry, industry, and artistic crafts. Aligning themselves in kingdoms and tribes, they never achieved any form of national unity beyond short, dynastic rules at the height of the Greek classical period. Despite Greek colonization in such areas as Byzantium, Apollonia, and other cities, the Thracians avoided urban life.

The first Greek colonies in Thrace were founded in the 8th century BC.

By the 5th century BC, the Thracian presence was pervasive enough to have made Herodotus calls them the second-most numerous people in the part of the world known by him (after the Indians), and potentially the most powerful, if not for their lack of unity. The Thracians in classical times were broken up into a large number of groups and tribes, though a number of powerful Thracian states were organized, such as the Odrysian kingdom of Thrace and the Dacian kingdom of Burebista. A type of soldier of this period called the Peltast probably originated in Thrace.

The ancient languages of these people had already become extinct and their cultural influence was highly reduced due to the repeated barbaric invasions of the Balkans by Celts, Huns, Goths, and Sarmatians, accompanied by Hellenization, romanization, and later slavicisation. After they were subjugated by Alexander the Great and consecutively by the Roman Empire, most of the Thracians eventually became Hellenized (in the provinces of Thrace) or romanized (in Moesia and Dacia). In the 6th century, some Thraco-Romans and Hellenized Thracians (i.e. Byzantines) south of the Danube River made contact with the invading Slavs and were later eventually slavicised.

The Ethnological Museum of Thrace

The Ethnological Museum of Thrace was founded with the purpose of preserving historical memory in the wider region of Thrace and is a self-funded organization. Since 1899 it has been operating in Alexandroupolis in a leased, stone-built neoclassical building that dates from 1899.

The Museum is open to the public since October 2002. It was a self-financed project and at times sponsored by the Stauros Niarchos Foundation and the Ministry of Culture.
Τhe Ethnological Museum of Thrace is a living cell where people can learn about the folk culture and the customs of Thrace, a place that will connect tradition and the memory contained within it with the concerns of modern society. 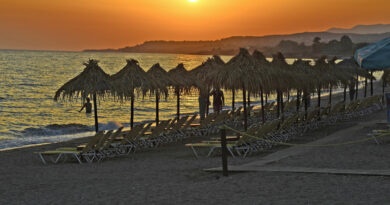 Alexandroupolis, the Largest Port in Thrace with Cultural Sights

Komotini, a Relaxing Stop on your way to the East