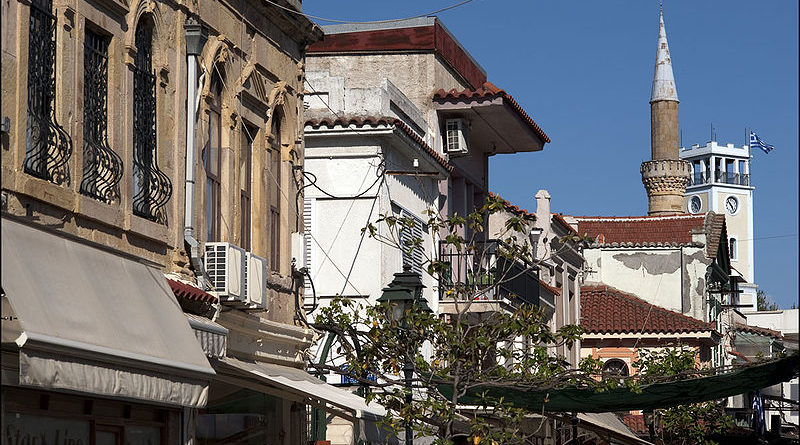 The provincial town of Komotini is strongly influenced by Muslim culture. It is also the seat of an Orthodox bishop, and in 1973 the Democritus University of Thrace was established here as an attempt to strengthen the Greek culture in the region. If you are on your way to either Bulgaria or Turkey, it is worthwhile to make a detour here on your holidays to enjoy the beautiful beaches between Fanari and Maroneia. Read this post to find sights and things to do in and around Komotini.

Where is Komotini Greece?

Komotini is a city in Thrace, northeastern Greece. Built at the northern part of the plain bearing the same name, Komotini is the seat as well as the administrative, financial and cultural center of the prefecture. It is also the seat of the Eastern Macedonia – Thrace Region and a transport interchange.

Komotini on a map

How to get to Komotini?

The city stands at an altitude of 32-38m on the Thracian plain near the foothills of the Rhodope Mountains. There are two airports near Komotini. The nearest is in Alexandroupoli (65 km), and the other is in Kavala (80 km). It has rail and bus links to all continental Greek cities as well as Istanbul, and the good provincial road network has been supplemented by the new Egnatia Odos motorway.

The modern history of Komotini

During the Turkish occupation, Goumoultzina or Gkoumourtzina (as Komotini was known at the time) was the most important settlement of the region and became very prosperous. During the second half of the 19th century, it became the major agricultural and breeding center of the area. It was liberated in 1913 but did not join Greece until May 1920 with the signature of the Treaty of Sevres. A great number of refugees settled in Komotini in 1922-1923. In the modern town today the Christian and Muslim communities co-exist in peace as far as culture and everyday habits are concerned. It is located 281 km northeast of Thessaloniki.
The city is home to the Democritus University of Thrace, founded in 1973.

The ancient history of Komotini

During the Roman age, it was one of the several fortresses along the Via Egnatia highway which existed in the Thrace area. The most important city of that period was neighboring Maximianopolis, former Thracian Porsulis or Paesoulae (which was renamed Mosynopolis in the 9th century). Komotini was a Via Egnatia hub on its northern route through the Nymphaea Pass which lead to the Ardas Valley, Philippopolis (modern Plovdiv, Bulgaria), and Byzantine Berroe (modern Stara Zagora, Bulgaria).

Mosynopolis, known in Late Antiquity as Maximianoupolis, was a Byzantine town in Thrace located on the Via Egnatia near the modern Greek city of Komotini. The town was destroyed by the Bulgarian tsar Kaloyan in 1207 after his victory over the Latin Empire in the battle of Mosynopolis. According to the monk Ephrem, the city had been taken in 1190 by Frederick I, Holy Roman Emperor.

The Jewish community of Komotini

Writings in ancient Maroneia confirm the presence of Jews in the area. In the 16th century, the Jewish community of Komotini consisted of Sephardic Jews who were textile and wool merchants. Many of the Jews had come to Komotini as immigrants from Edirne and Thessaloniki. The community was concentrated within the ancient walls of the city where the Synagogue was built in the 18th century. This was destroyed during the Second World War. In 1900 there were 1,200 Jews. During the Bulgarian occupation, the Bulgarians (Nazi allies) arrested 863 Jews and sent them to the concentration camp of Treblinka where they were exterminated (28 survived the Holocaust). In 2004 the municipality of Komotini created a memorial for the victims of the Holocaust.

Komotini began life as a Byzantine Fortress built by Emperor Theodosius in the 4th century AD. The ruins of this quadrangular structure can still be found northwest of the central square. Komotini has several museums including the Archaeological, Byzantine, and Folklore museums. Southwest of the central square one can find the Open-air Municipal Theatre, which hosts many cultural shows and events such as the “cultural summer“. There is a Regional Theatre that produces many plays all year round. 6 km northeast of Komotini is the Nymfaia forest. It has recreational facilities which comprise trails, courts, and playgrounds. The forest is divided by a paved road that leads to the ruins of yet another Byzantine fortress and the historical (World War II) fort of Nymfaia.

At the heart of the city lie the evergreen Municipal Central Park and this is where the 15 m-high WW2 Heroes’ Memorial, locally known as ‘The Sword’ stands. The revamped Central square or Plateia Irinis (Square of Peace) is the focus of a vibrant nightlife boosted by the huge number of students living in the city. The Old commercial center is very popular with tourists as it houses traditional shops and workshops that have long vanished from other Greek cities. In addition, in the northwestern outskirts of the city (Nea Mosinoupoli) locals and tourists alike flock to a modern shopping plaza: Kosmopolis Park, which houses a cinema complex, shops, cafés, and restaurants.

Pomak villages in the Rhodope Mountains

Today the Pomaks live in the region of East Macedonia and Thrace in northern Greece, particularly the eastern regional units of Xanthi, Rhodope, and Evros. Their estimated population is 50,000, only in Western Thrace. Until the Greco-Turkish War (1919–1922) and the Population exchange between Greece and Turkey in 1923 did, Pomaks inhabit a part of the regions of Moglena – Almopia (Karadjova), Kastoria, and some other parts of Greek Macedonia and North Macedonia.

Things to see and do in Komotini

Do you love Wine-Tastings? Enjoy a cool, quick, and easy Winery Tour, then enjoy sip slowly your glass of wine in a beautiful garden.
Let the calming sounds of nature take you away while tasting with a view of the Rodopi Mountains.

The Monastery of Panagia Faneromeni

Ecclesiastical Museum of the Holy Bishopry of Maroneia and Komotini

The Archaeological Museum of Komotini

The Byzantine Museum of Komotini

The Byzantine Museum of Komotini is a private collection and is housed at the N. Papanikolaou Mansion.  It was founded in 1988.

The Folklore Museum of Komotini

The Folklore Museum was founded in 1962 and since 1989 it is housed in the Peidis Mansion, itself a restored sample of local traditional architecture. The collection is displayed on the mansion’s two floors, in the cellar, and under a roofed part of the courtyard. It includes dresses, lace, and handwork of various materials and tools of agricultural life and of other traditional professions. The collection also includes personal items of the Archbishop of Athens Chrysanthos, who was born in Komotini, as well as other icons and ecclesiastical items.

The Basketry Museum in Komotini

The Basketry Museum of the Roma, also known as the Basketry Museum of Komotini is a folk museum in Komotini. It was founded in 1995 and specializes in the traditional basketry of the Roman people who came to the area around the 11th century AD.
Room A displays the materials and tools, as well as the process of basket making. Other rooms display baskets from various regions and a basketry workroom.

Weather and climate in Komotini 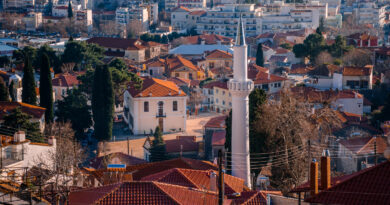 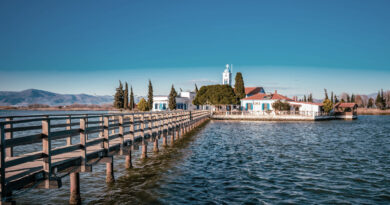 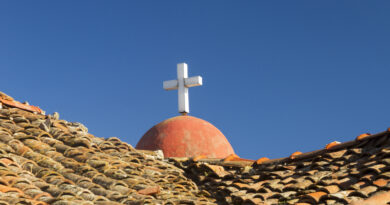 Didymoteicho in Thrace Greece – on the Banks of the Red River