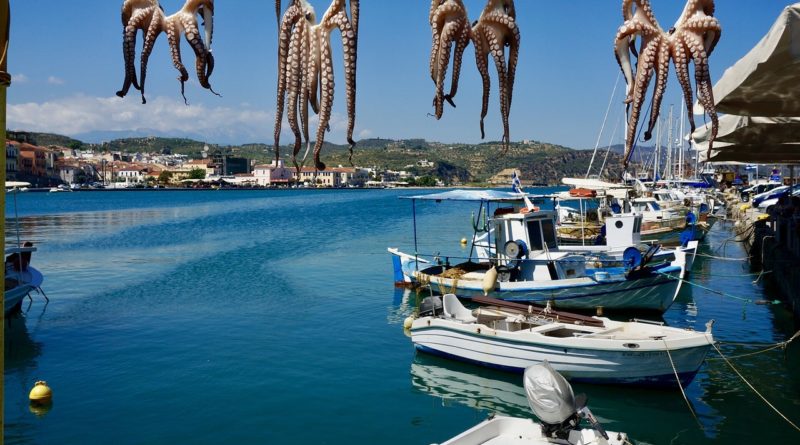 Peloponnese hides secluded bays with great beaches, ancient sites like Olympia, Epidaurus, and Mycenae. It has the friendliest population, beautiful villages, and delicious dishes from the Mediterranean cuisine.

Peloponnese is with its proximity to Athens a great travel destination in the Greek mainland. With beautiful resorts and interesting sightseeing, it attracts many visitors all year round. The peninsula of Peloponnese is technically an island since the 1893 construction of the Corinth Channel. It is forming a large region in southern Greece (south of the Gulf of Corinth)

Find all posts about Peloponnese

Historically, it has been the main field of action for Greece since the prehistoric times. It hosts some of the most important archaeological sites of Greece, including Olympia, Epidaurus, and Mycenae. Surrounded by sea from all sides, the region provides amazing beaches. The most popular old towns are Nafplion (capital of Greece from 1829-1834 after the Greek War of Independence), Gythio, Monemvasia, and Pylos.

Peloponnese or Peloponnesus is a large peninsula (technically an island since the 1893 construction of the Corinth Canal) and region in southern Greece, forming the part of the country south of the Gulf of Corinth. During the late Middle Ages and the Ottoman era, the peninsula was known as the Morea, a name still in colloquial use.

The peninsula has a mountainous interior and deeply indented coasts, with Mount Taygetus its highest point at 2,409 m. It possesses four south-pointing peninsulas, the Messenian peninsula, the Mani Peninsula, the Cape Malea peninsula (also known as Epidaurus Limera), and the Argolid in the far northeast of the Peloponnese.

Great places to see in Peloponnese

Archaeological sites to visit in Peloponnese

What traveler type are you?

Peloponnese has experiences for any traveler type, whether you are into hiking or extreme sports like bungee jumping and river rafting, and very much if you are interested in culture and ancient history.
My posts here at GO GREECE YOUR WAY will give you all the necessary information to find YOUR best holidays ever in Greece!

Find all posts about Peloponnese