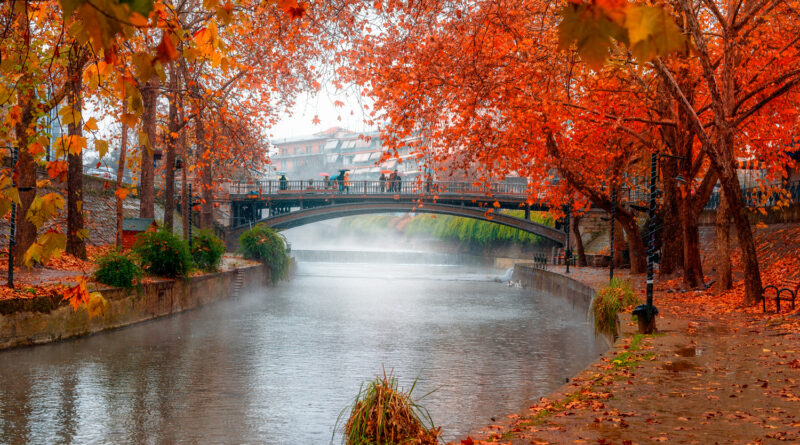 The southeastern part belongs to the Thessalian Plain. The forested Pindus mountain range dominates the western part. The northern part of Trikala is also mountainous and made up of forests and barren lands, the ranges here are Chasia and Antichasia. Its major river is Pineios, flowing south-east.

The region of Trikala has been inhabited since prehistoric times and the first signs of life in the cave of Theopetra reach back to about 49,000 BC. Neolithic settlements from 6,000 BC have been discovered in Grand Kefalovriso and other locations as well.

The city of Trikalas is built on the ancient city Trikka or Trikki, which was founded around the 3rd millennium B.C. and took its name by the nymph Trikki, daughter of Penaeus or according to others daughter of Asopos river. The city was an important center in antiquity, since it was here Asklipios lived and acted also as king of the city. The city is mentioned in Iliada of Homer as one of the participants in the Troyan war on the side of the Greeks, with thirty boats and the doctor sons of Asklipios, Machaona and Podaleirio.

The city is straddled by the River Litheon, which is a tributary to Pineios river.

There are a number of highways and the main railway from Volos to Meteora that crosses Thessaly. The region is directly linked to the rest of Europe through International Airport of Central Greece located in Nea Anchialos, a small distance from Trikala. In the 1980s, the Trikala Bypass was opened, and between 1998 and 2006 the Via Egnatia was constructed with tunnels and bridges.