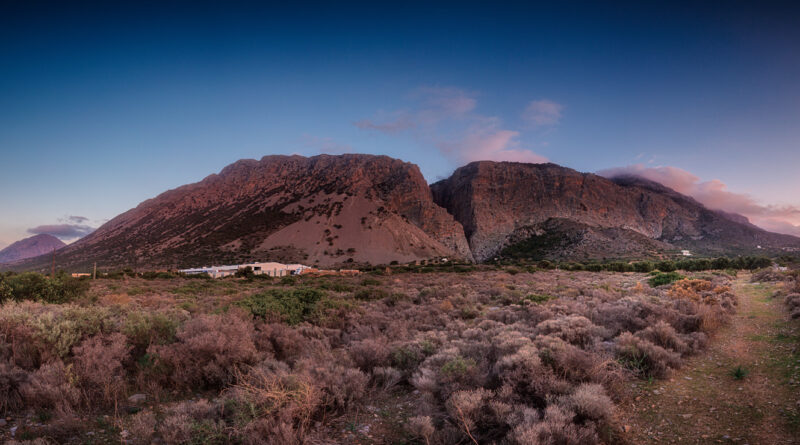 The wild and imposing Ha Gorge is formed on the western side of Mt Thripti in eastern Crete. The gorge transports the waters from Thripti plateau to the isthmus of Ierapetra from where it runs into the sea at the beach of Pachia Ammos.

Where is Ha Gorge in Greece?

Ha Gorge is a canyon in the eastern part of Crete in the region of Lassithi. It is located in the west slope of Mount Thrypti and has its exit east of the village Vasiliki on the plain of Ierapetra. The gorge is about 1.5 km long, particularly narrow at several points and has walls rising up to 300m. Its entrance is to be found next to the European footpath E4 that connects the Minoan settlement of Vasiliki with Thripti. Its name derives from the verb hasko meaning to open or part widely, to gape. Ha is considered to be one of the wildest gorges in Crete and one of the most difficult to cross. Being practically inaccessible to people, Ha gorge maintains a rich and diverse avifauna.

Once inside the canyon of Ha you will be amazed by the small waterfalls and lakes. It is however difficult and dangerous without the necessary experience and equipment to cross the canyon. The outcome could be fatal, so be aware! Inside Ha Gorge and in the region around it you will find a rich wildlife habitat with many rare species of flora and fauna, especially birds.