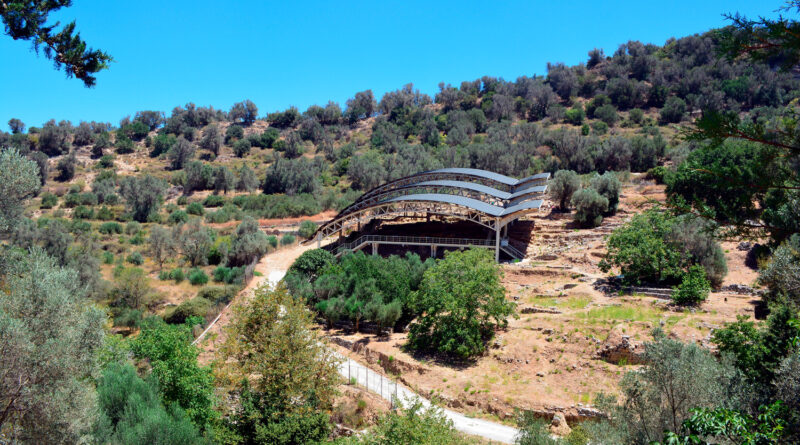 The Arkadi Monastery is located in Rethymno Prefecture, 25 km southeast of Rethymno. The Monastery is situated on a rectangular plateau on the northwest side of Mount Ida, at an altitude of 500 m.

The Arkadian region is fertile and has vineyards, olive groves and pine, oak and Cyprus forests. The plateau on which the monastery rests is surrounded by hills. The west side of the plateau stops abruptly and falls off into gorges. The gorges start at Tabakaria and lead to Stavromenos, to the east of Rethymno. The Arkadian gorges have a rich diversity of plants and native wildflowers.

Where is the Monastery of Arkadi?

The monastery of Arkadi is an Eastern Orthodox monastery, situated on a fertile plateau 23 km to the southeast of Rethymnon on the island of Crete.

The current catholicon (church) dates back to the 16th century and is marked by the influence of the Renaissance. This influence is visible in the architecture, which mixes both Roman and baroque elements. As early as the 16th century, the monastery was a place for science and art and had a school and a rich library. Situated on a plateau, and surrounded by a thick and high wall, the monastery is also built like a fortress.

The monastery played an active role in the Cretan resistance of Ottoman rule during the Cretan revolt in 1866. 943 Greeks, mostly women and children, sought refuge in the monastery. After three days of battle and under orders from the abbot of the monastery, the Cretans blew up barrels of gunpowder, choosing to sacrifice themselves rather than surrender.

The monastery became a national sanctuary in honor of the Cretan resistance. November 8 is a day of commemorative parties in Arkadi and Rethymno. The explosion did not end the Cretan insurrection, but it attracted the attention of the rest of the world.

Eleutherna, also called Apollonia, was an ancient city-state in Crete, Greece, situated 25 km southeast of Rethymno. Archaeologists excavated the site, located on a narrow northern spur of Mount Ida in the municipality of Prines, the highest mountain in Crete; it flourished from the Dark Ages of Greece’s early history until Byzantine times.

During the ninth century BCE, in sub-Mycenaean times, in the Geometric Period of the later Greek Dark Ages, Dorians colonized the city on a steep, naturally fortified ridge. The city’s location made it a natural crossroads, as it lay between Cydonia on the northwest coast and Knossos, and between the shore, where it controlled its ports, Stavromenos and Panormos, and the great sanctuary cave near the peak of Ida, Idaion Andron. The Dorian city evolved in the Archaic Period in a similar vein as did Lato and Dreros, its contemporaneous Dorian counterparts.

Eleutherna and the Roman conquest

With the Roman conquest of Crete in 68/67 BCE, luxurious villas, baths, and other public buildings demonstrate that Eleutherna was a prosperous centre through the Imperial period, until the catastrophic earthquake of 365 CE. Eleutherna was the seat of a Christian bishop: bishop Euphratas constructed a large basilica in the mid-seventh century. The attacks of caliph Harun Al-Rashid in the later eighth century and Arab hegemony in Crete, together with another earthquake, in 796 led to the final abandonment of the site. A brief reoccupation under the Latin Empire grave rise to a Catholic diocese, still a Roman Catholic titular bishopric today. Eleutherna was known in the Medieval period (15th – 16th centuries).

Exhibitions in Athens and Paris

Public exhibitions in 1993 and 1994, and especially the comprehensive exhibition of 2004 at the Museum of Cycladic Art, Athens, have introduced the archaeological site to the general public. On the last occasion the Louvre lent the seventh-century BCE “Lady of Auxerre”, now given a definitive Cretan context with comparable finds at Eleutherna.

There is no museum or official site with information at ancient Eleutherna, since the findings are still quite recent. 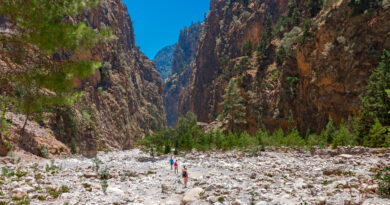 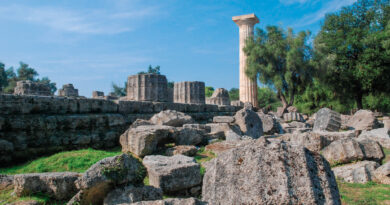 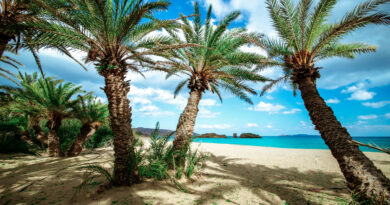