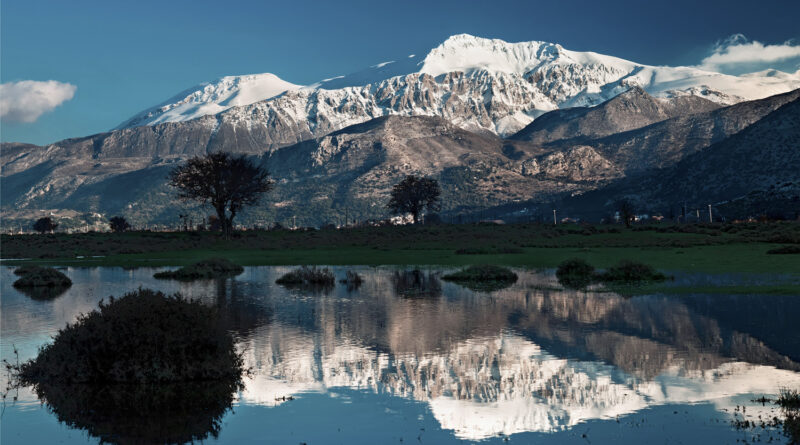 The most famous part of the Dikti mountains is the Lasithi Plateau, the largest and most picturesque plateau in Crete. It is a place with a long history. It is here you will find Diktaion Antron, a cave where – according to mythology – Zeus was born. In a different myth, Dias (Zeus) was born in Idaion Antron in Mount Ida. A third myth is a compromise of the two, claiming that Zeus was born in Diktaion Antron but raised in Idaion.

Where is the Dikti mountain range?

Dikti is a mountain range on the east side of of Crete in the prefecture of Lassithi. Towards west it extends to the prefecture of Heraklio. According to Greek mythology, Zeus was reared on this mountain in a cave called Dictaeon Andron (Psychro Cave). In the northern part of the main massif, you will find the plateau of Lassithi. The landscape of the mountain range is rich with plateaux (Lassithi, Katharo, Omalos Viannou, and Limnakaro), valleys and secondary peaks. The main masif forms a horse-shoe around the valley of Selakano.

Lasithi Plateau, the largest and most picturesque plateau in Crete, is a dominant feature of the Dikti mountains. It is a place with a long history. Diktaion Antron, is located here, a cave where – according to mythology – Zeus was born. In a different myth, Dias (Zeus) was born in Idaion Antron in Mount Ida. A third myth is a compromise of the two, claiming that Zeus was born in Diktaion Antron but raised in Idaion.

The Lasithi Plateau is a nice place for pleasant excursions. There are many small and pictureque villages where you can stop for lunch at tavernas or for a cup of coffee at the traditional cafés (kafeneia). If you are more ambitious and want to climb to the summit of Mount Spathi, then ask at the village of Agios Georgios for the path leading to the small plateau of Limnakaro. The distance is 2 hours long. At Limnakaro there is a dirt road leading to the shelter of the Mountaineering Club of Lassithi (30 minutes). Do not follow this road; try to locate the E4 path which leads to the top. The ground is not very solid, and special care is necessary. Go all the way up to the crest of the mountain and then keep moving to the left for the next 2 hours.

The Lasithi Plateau stretches 11 km in the East-West direction and 6 km in the North-South direction. It is about 70 km east from Heraklion and lies at an average altitude of 840 m (2,760 ft), which makes it one of the few permanently inhabited areas of such altitude around the Mediterranean.

Winters are often very harsh and snow on the plain and surrounding mountains can persist until mid-spring. Lasithi plateau is famous for its white-sailed windmills that have been used for decades to irrigate the land. Despite their vast number (some 10,000) in the past, most of them have been abandoned nowadays in favour of modern diesel and electrical pumps. Let’s hope that in the future they might inspire people to build modern windmills.

Psychro Cave is 1,025 meters above sea level. It is an ancient Minoan sacred cave and is associated with the Diktaean Cave, the putative site of Zeus’ birth. Unfortunately, much destruction happened in the cave by the first excavaters during the late 19th and the early 20th century due to their primitive archaeological methods back then; immense fallen blocks from the upper cave roof were blasted before removal (according to Hogarth’s brief report published in 1900); the rich black earth had been previously ransacked.

The stuccoed altar in the upper cave was discovered in 1900, surrounded by strata of ashes, pottery and “other refuse”, among which were votive objects in bronze, terracotta, iron and bone, with fragments of some thirty libation tables and countless ceramic conical cups for food offerings. Bones among the ash layer attest to sacrifice of bulls, sheep and goats, deer and a boar. The undisturbed lowest strata of the upper cave represented the transition between Late Minoan Kamares ware to earliest Mycenaean levels; finds represented the Geometric Style of the ninth century BCE, but few later than that. More recent excavation has revealed the use of the cave reached back to Early Minoan times, and votive objects attest to the cave’s being the most frequented shrine by Middle Minoan times (MM IIIA).

While clay human figurines are normally found in peak sanctuaries, Psychro and the sanctuary on Mount Ida stand out as the only sacred caves that have yielded human figurines. Psychro is also a unique sacred cave for a bronze leg, also known as a votive body part, which is the only votive body part to be found in a sacred cave. More common sacred cave finds at Psychro include stone and ceramic lamps. Psychro yielded an uncommon number of semi-precious stones, including carnelian, steatite, amethyst, jasper and hematite. Psychro’s artefacts are now on display at the Heraklion Museum and the Ashmolean Museum, Oxford.

How to get to Phsychro Cave?

Go up from the village of Psychro either walking along a steep path or hire a donkey, always available, on site. It will take about 20 minutes to get to the cave. Put on your rubber shoes as descend is slippery and difficult. A torch is necessary as there is no light in the cave. Remember that it can be chilly outside except for July and August.

The fertile soil of the plateau, due to alluvial run-off from melting snow, has attracted inhabitants since Neolithic times (6000 B.C.). Minoans and Dorians followed and the plateau has been continuously inhabited since then, except a period that started in 1293 and lasted for over two centuries during the Venetian occupation of Crete. During that time and due to frequent rebellions and strong resistance, villages were demolished, cultivation prohibited, and natives were forced to leave and forbidden to return under a penalty of death.
Later, in the early 15th century, Venetian rulers allowed refugees from the Greek mainland (eastern Peloponnese) to settle in the plain and cultivate the land again. To ensure good crops, Venetians ordered the construction of a large system of drain ditches that are still in use. The ditches transfer the water to Honos, a sinkhole in the west edge of the plateau.

ACTIVITIES, TICKETS & THINGS TO DO:

During the Greek War of Independence in January 1823, Hassan Pasha led an army of Ottoman and Egyptian forces sent by Muhammad Ali that seized the plateau killing most residents who had not fled to the mountains. In May 1867 during the great Cretan revolt,  many village dwellers were slaughtered or taken slaves by Ottoman and Egyptian forces; their homes were set ablaze after being looted and livestock and crops were destroyed.

Today, the permanent residents derive most of their income from agriculture and animal farming. Tourism has not developed in the area and therefore only a small fraction of the population is occupied in tourism. 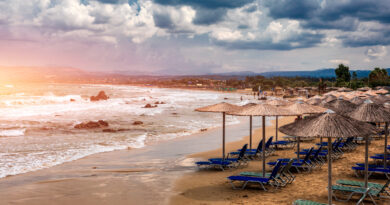 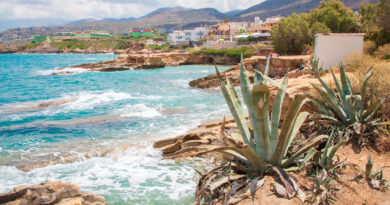 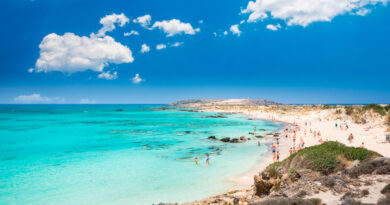